Yesterday a memorial plaque to our war veteran Jiri "Regi" Schams was unveiled. The unveiling of the memorial plaque, which had to be postponed several times in the past due to the coronavirus pandemic, and the production of the plaque itself is the work of the association for the support of war veterans, z.s./CZ FORCES, whose chairman, Jaroslav Dolejška, we asked to describe the association and the relationship to Jiří Schams. Below are his words. 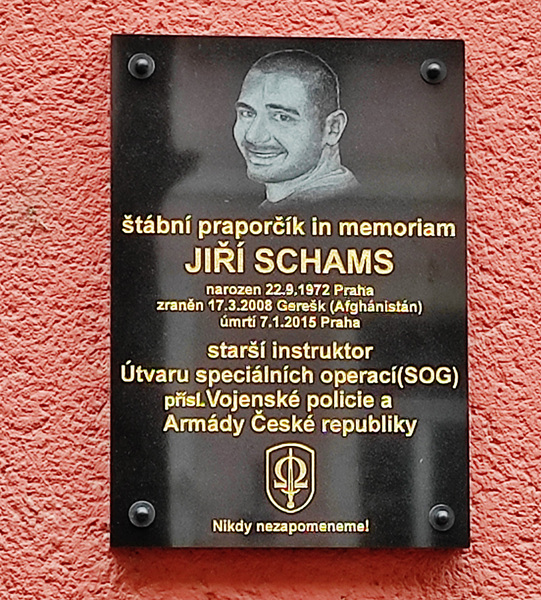 Once upon a time, as a war veteran, I became a member of the SVV ČR (Association of War Veterans of the Czech Republic). In 2010, together with my friends from the missions, I was invited for the first time to an event held by the Ministry of Defence. The mother of one of the war veterans brought one of us to the event in a wheelchair, and I saw Jirka Schams again after many years. I was surprised to see him again, and it wasn't until the next day that I got a connection to Jirka's sister Petra, who quickly put Jirka and I in touch. Later we met and gradually learned parts of Jirka's incredible story. 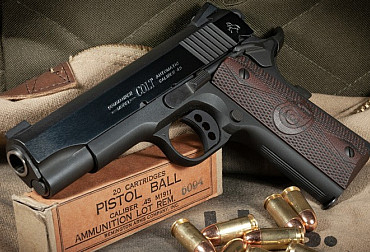 We wrote:Česká zbrojovka Group SE has Closed on the Acquisition of Colt

Chief Warrant Officer (OR-9) in memoriam Jiri "Regi" Schams, who was part of the Military Police Special Operations Unit (also referred to as the Special Operations Group, SOG). In 2008, Regi was severely wounded in a suicide bomb attack in Afghanistan. 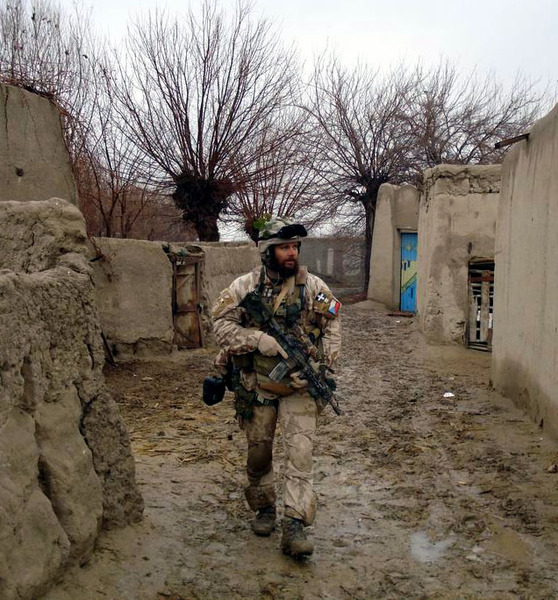 Picture: Jiří Schams during a patrol in an Afghan village (January 2008) | Ministry of Defence of the Czech Republic

After this attack, George remained in coma for several months and the shrapnel left in his head severely damaged his brain and confined him to a wheelchair. All medical predictions upon his return were very skeptical and did not give him much time to live. For the next nearly seven years, however, Regi bravely battled adversity. Despite all his struggle with the effects of his injuries, Jiri Schams finally passed away on January 7, 2015 after a short and severe illness. His incredible struggle with the effects of his injuries and adversity could be a great inspiration to most people.

Together with other modern war veterans, we realised then that in our country, soldiers (and nowadays even female soldiers) who died on foreign missions or later died from the consequences of their injuries, have no memorial place, no military cemetery or memorial plaques (at that time there was only one in Hodonín - Luděk Zeman, today Milan Štěrba has one). The only thing that was and is there are the plates with the names of the fallen in the memorial in Vitkov. So I started to repeatedly raise the issue of memorial places dedicated to our fallen veterans at veterans' meetings and elsewhere, but we were always referred only to the already existing places, saying that this was enough. Then in January 2015 Jirka Schams died and again nothing happened, so we started to find our own way to realize our demands and therefore founded our own association. For the sake of good memorability and nowadays communication with foreign veterans and associations, we needed a short, clear and preferably international name - so we finally chose CZFORCES. 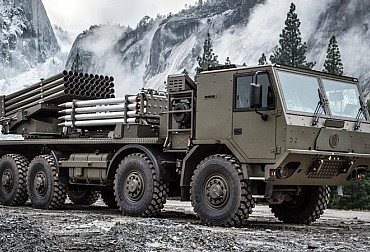 We wrote:EXCALIBUR ARMY and PT REPUBLIK DEFENSINDO have signed an agreement on the production of rocket launchers in Indonesia 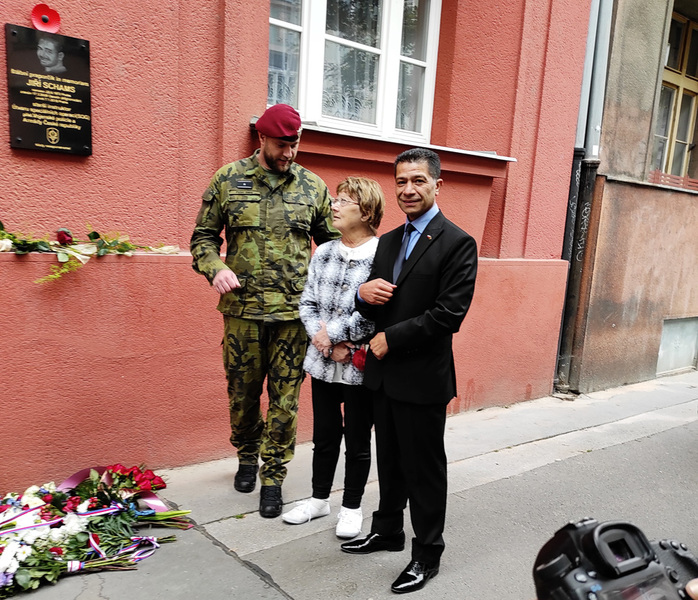 However, we did not want to copy the activities of already existing associations and societies, to drag members, to deal with constant statutes and contributions, subsidies or to get involved in unnecessary disputes. We wanted to go our own way. At the beginning we made a survey of associations in our country and especially abroad, where there is a much greater tradition of this activity. We were most interested in associations from the UK, the USA and Poland, where we took inspiration from on some things. For example, we were intrigued by a former SEAL, Brandon Webb, with his "RED CIRCLE" programme, which was based on the theory of concrete action, rapid response and minimal administration. In our country, this is how they operate, for example in Prostejov (ex 601st Special Forces Group and 102nd Recon Battalion) and a few others, like Tomas Slama. 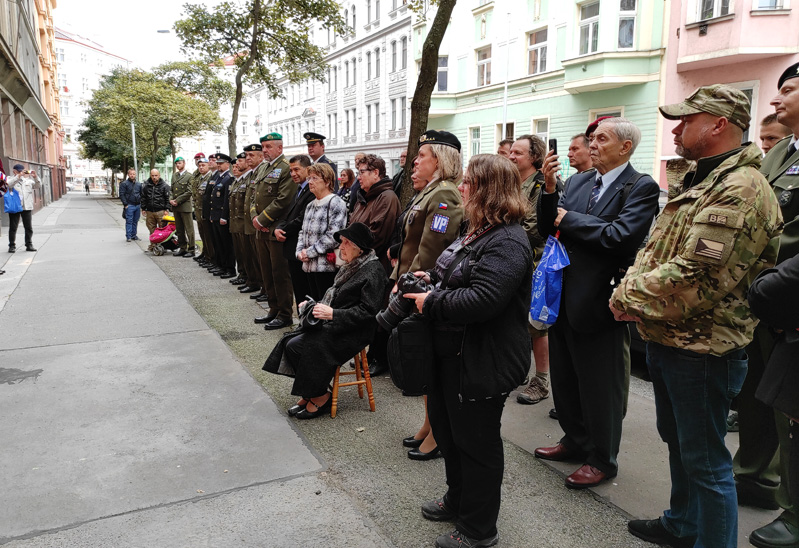 After the registration of our association, our first goal was to make a memorial plaque for every soldier or soldier's wife who died on a mission or from its consequences, so that their families, relatives and friends know that they are appreciated and not forgotten.

It takes money to make the plaques and since we do not receive any subsidies, we had to do it ourselves. Therefore, the vice-president and I came up with our own range of commemorative items (T-shirts, mugs, stickers, poppies, etc.) which we started to offer on our online charity shop. The items were made mainly by Czech manufacturers, which we take pride in and thank them for their cooperation and trust. All profits from the sales then go to our specific actions.

The subsequent sale of the items, which does not yet generate much income, eventually paid for the production of our first commemorative plaque. We were lucky to have a stonemason and other people around us, such as Colonel Vávra, Director of the War Veterans Department (who unfortunately passed away this year). The support and interest of other people from the civilian environment was also surprising.

In connection with the unveiling of the memorial plaque we were assisted by the command of the Army of the Czech Republic, the Military Police, the Prague 3 City Hall and the Prague City Hall. Support also came from Jirka's fellow soldiers from 601st SFG and SOG MP. 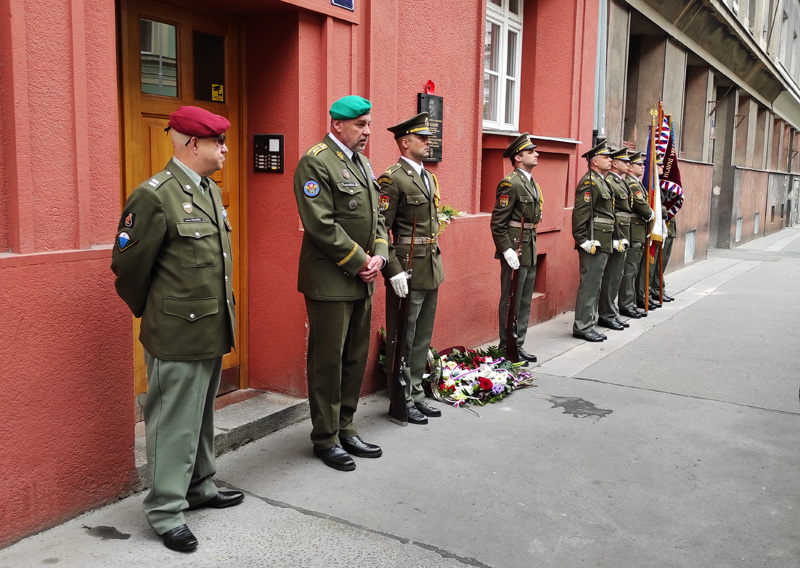 A number of modern war veterans attended the unveiling of the memorial plaque. Basically, when veterans meet, communication between them often works without words. Even after all these years, we still see each other the same way, we're the "immortal, stuffed" ones. The decorations are more like a calling card for knowing who we are, where we've been and with whom. We are still friends, even if today some are millionaires, others have existential problems, some continue to serve, others are already in the reserves and some are dead, but we are still the same Army.

And why did we choose to create the 1st memorial plaque to Jirka Schams? In 2015, I went to the funeral of my Army buddy, from the missions, my first commander - Jirka Schams. You stand there in ceremonial uniform, from the NCOs to the generals. Some have more, some have fewer decorations, but we are all the same "blood type". The music hits, the fighter jets fly by and you go for the first time to offer condolences to family and survivors you don't even know personally. You go one at a time, sister and family first. They thank you for coming. And suddenly you are standing in front of Jirka's mother, and it doesn't matter what rank you have, where you have been, what you have done, and you see this look that says, "You are standing here, the flower of the army, veterans from missions, but my Jirka is lying behind you under the Czech flag, and you are standing here. He could and should have been here too." She doesn't wish you any harm, let alone any other family, just there, a small elegant lady, sadness and eternal pain in her eyes. You have nothing to say to her at the sight, and suddenly it dawns on you that the one paying for you to serve, go on missions, and risk your life is not you.

We do what we were born to do, we were trained to do, but our moms, dads, siblings, kids, wives, husbands, girlfriends, they are the ones who have to deal with the fact that we are not here anymore. We come back from missions different, and it is them who will live with us when we return, humanizing us, carrying our states and moods, and bearing all the consequences if we don't return. Suddenly you know that you will not return Jirka's mother's son, nor the others. But you decide to do whatever you can, along with other colleagues, to express your gratitude for the service of your fallen colleagues and to ease the pain of the bereaved. For they are the ones who deserve a real thank you.

In addition to profits from the sale of items, we also have a transparent account where people can send money to help specific veterans or survivors, or for members of the armed and security forces who have died or been injured in the line of duty. We receive information about specific cases from friends in the Army and other services, veterans' forums, the media or people contacting us directly.

Our work is constantly ramping up, we do everything after service and work. Today we are a reliable team made up of our friends from the Army, Active Reserves, security forces and civilians. For specific events, we then team up as needed. We don't schmooze, we prefer to discuss things at the range, over good food and drink, or while moving around.

Today, we no longer have to explain who we are and what we want, we are gradually fulfilling our goals, not only in terms of missions but also in terms of commemorating military history, writing articles and sometimes giving interviews. In the future we want to be more involved in shooting training and public events. We also want to help soldiers after they leave for civilian life. 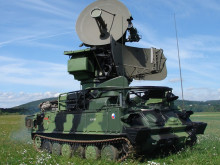 RETIA will participate in DefExpo 2020 in Lucknow, India 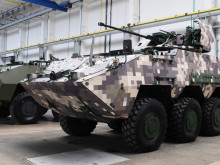 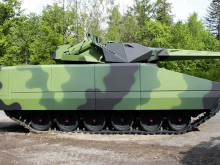