Czech Republic and its current involvement in NATO missions

An important part of the functioning of the North Atlantic Alliance is undoubtedly the cooperation of its members in the field of collective defence, which is implemented under Article 5 of the North Atlantic Charter. With reference to Article 5, NATO members may provide any form of assistance to an attacked member state that they deem necessary in response to a given situation. This means that this assistance does not have to be purely military, but can be of a different nature. However, it is the duty of each member, who is individually responsible for the form of assistance they choose. The assistance is then further mediated to the victim(s) of the attack in cooperation with other member countries. NATO's active forces include a standing naval force, an integrated air defence system, as well as provisions for peacekeeping and humanitarian missions in areas of instability. Currently, the Armed Forces of the Czech Republic participate in several NATO-led operations abroad in Kosovo, the Baltic States, Iraq and Slovakia. 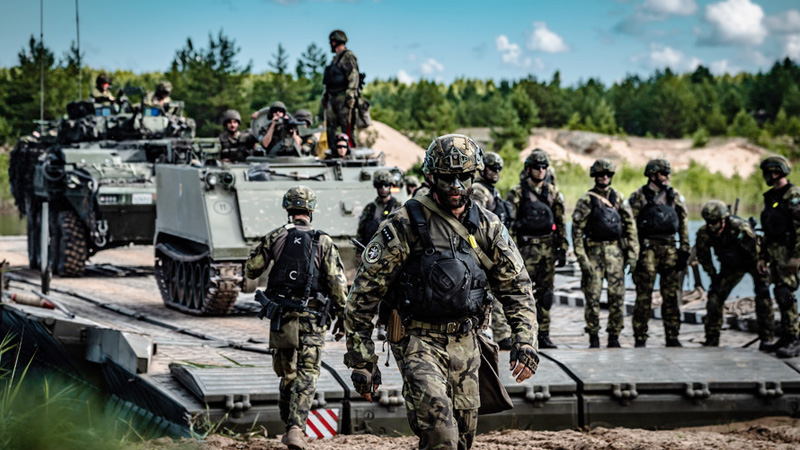 In 1999, the Czech Republic joined the NATO peacekeeping mission called KFOR in Kosovo and is still part of the mission headquarters in Pristina. Here, it is a support mission whose main objective is to maintain a secure and stable environment, which is an essential determinant for the maintenance of peace and democratic development in Kosovo.
The Czech Republic's participation in NATO missions in the Middle East is important from the point of view of the global fight against terrorism and their preventive function of preventing the emergence of violent conflict in the region. This contributes to maintaining stability both in individual countries and in the entire Middle East region, and helps to ensure global security. Czech armed forces are currently present in Iraq and neighbouring Kuwait in two missions - Operation Inherent Resolve (OIR) and NATO Mission in Iraq (NMI). These missions are non-combatant in nature and are intended to help Iraq build a credible national armed force to ensure the stability and security of Iraq, particularly in terms of countering terrorism and the emergence of radical movements. The mandate of the Czech troops is thus focused on helping to train Iraqi armed/security forces to be fully functional, independent and self-sustaining. The mission was suspended in March 2020 due to the COVID-19 disease outbreak, security instability in the region and the planned restructuring of both missions. After six months, however, the participation of Czech troops was resumed. 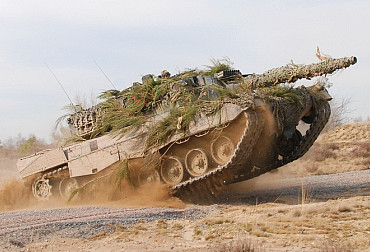 Due to the ongoing war in Ukraine, one of the most followed NATO foreign missions with Czech participation is currently the NATO military mission in the Baltic States. Already in 2015, as a result of the military seizure of the Ukrainian Crimea by the Russian Federation and the subsequent involvement of Russian armed forces in eastern Ukraine, NATO members began to perceive Russia as the main security threat to its members. This resulted in NATO deciding, following the Warsaw Summit in 2016, to respond to this threat by deploying its military forces to the territories of the Baltic States in order to deter Russia from a possible planned attack on member states' territories, and to demonstrate NATO's will and strength to defend and protect its territory. NATO's operation in the Baltics is called Enhanced Forward Presence (eFP). These so-called Forward Presence units are deployed in Poland, Estonia, Latvia and Lithuania, with NATO battle groups operating in each of these countries. The Czech Republic's mandate in the Baltic States is also linked to the deployment of five JAS-39 Gripen aircraft to the NATO mission to patrol the airspace over the territorial waters and territory of the Baltic States. Air Policing included not only live launches of the aircraft, but also training missions to improve coordination and compatibility with other NATO forces, both in the air and on the ground, where the fighters trained alongside NATO naval and ground forces. The aircraft, which were deployed to the Baltics in April 2022, returned to their home base in Čáslav at the end of September with a two-month mission extension at the request of the Lithuanian government, successfully completing the seventh overseas mission for Czech fighters.

As the security situation has evolved over the past year, the intensity of military exercises and the reinforcement of both weapons and forces on NATO's borders has increased, and in response to the Russian offensive in 2022, a NATO mission was created to send allied forces to the remaining border states of the alliance – Slovakia, Hungary, Romania and Bulgaria - to strengthen the defence of NATO's eastern flank against further possible Russian moves. As part of this mission, the Czech Republic approved a mandate in March 2022 to send its military forces and technology to Slovakia to support NATO military formations, where it will also protect airspace from September 2022. 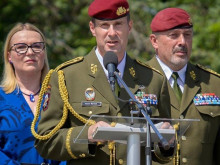 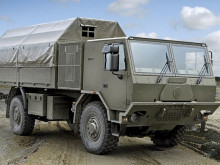