Mikael Segerman: We offer the Czech defense industry a helping hand and a chance for an advanced future

BAE Systems is bidding for a victory in the Czech Army tender with its CV90 MkIV Infantry Fighting Vehicle. The company relied on cooperation mainly with Czech state-owned industrial companies. VOP CZ plays prim, but in total BAE Systems has identified and is negotiating with more than 40 other industrial partners, some of which are already part of the BAE Systems supply chain as part of deliveries for other user projects. The CV90 Infantry Fighting Vehicle from BAE Systems has already sold more than 1,280 units and is in service in 7 countries. The vehicle has been repeatedly deployed in the past in hard combat in the field. Current users are also investing in upgrading their existing fleets. The vehicle modernization program for the Netherlands, including a new, modern and highly efficient turret, equipped with a 35 mm Bushmaster III weapon, is particularly important in this regard. The MkIV tower will be offered to the Czech Republic in a 30 mm version. Not only about the above mentioned topics, we had our interview with Mikael Segerman, who represents the manufacturer of this IFV in the Czech Republic. 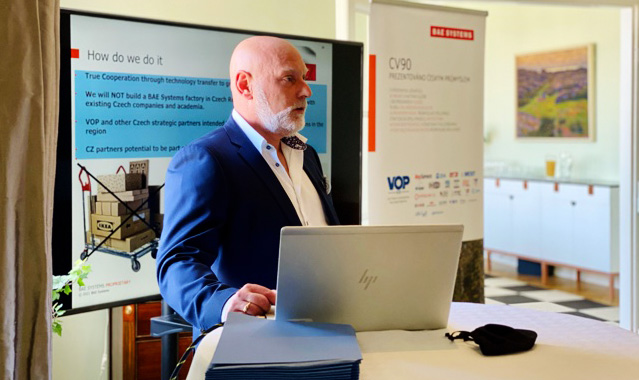 1) The past 12 months have been quite turbulent in terms of the tender for Infantry Fighting Vehicles. I can't help but ask - do you still believe that it will be completed?

The situation was not easy, especially due to the impact of the pandemic, which affected everything, including the process of selecting new IFV for the Czech army. There was a delay, which is understandable. It doesn't matter what I or we believe in, what those who prepared and implemented the project believe is important. I think it is clear from many discussions that a new vehicle delivery program to meet NATO's commitment is crucial. I think that everyone involved is aware of the need to go through this process. If the program were further stopped or postponed, it would cause a significant delay and the Czech Army would most likely not receive vehicles until long after 2030. 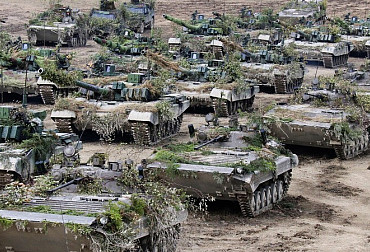 We wrote:Jana Černochová: We owe the Army a clear financial outlook for at least five years ahead

2) Do you believe that it is possible to achieve vehicle testing, the final offer and the overall evaluation even with the signing of the contract?

All applicants offer good vehicles. However, we are convinced that we are the only realistic alternative. Based on other vehicle programs around the world, the delivery of a new vehicle program is usually a 15-year process, and with new vehicle designs it is more like twenty years. If the Czech Army wants a top modern vehicle that meets the requirements for schedule, technical parameters and industrial cooperation based on partnership and development of the local defense industry, not only assembly, then the CV90 MkIV is in a very good position. Not to mention that within the tender it is the only combat-tested vehicle used in the fleets of seven European countries. After all, the so-called "User Club" is one of the many added values that we come up with in our offer. 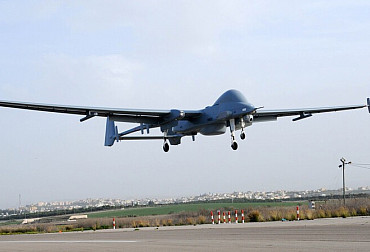 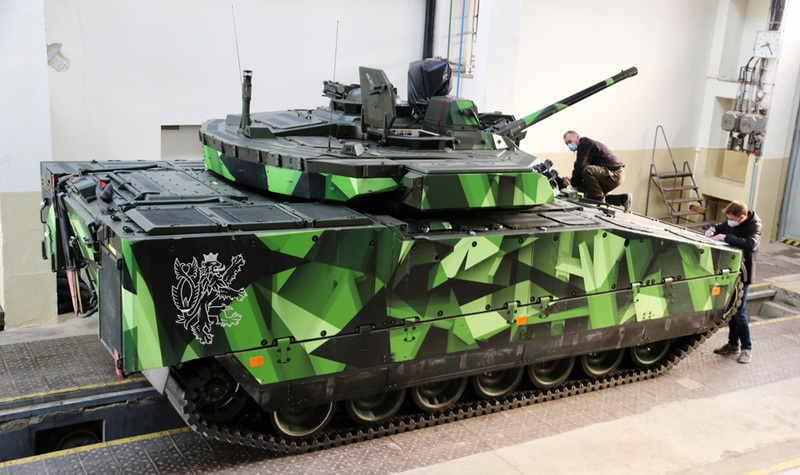 4) You mentioned your competitors, one of them is Rheinmetall. In recent months, it has announced several key issues - in the presence of the President of the Republic, for example, cooperation with the important Czech company Czechoslovak Group, and recently cooperation with Česká zbrojovka. Doesn't that reduce your chances of success?

I don't think so. Or rather - not at all. From the beginning, we respected the tender conditions and empathetically understood that an important part of this tender is not only the supply of vehicles for the Czech Army, but that this is also perhaps the last chance to restart previously so successful state defense industrial enterprises led by VOP CZ. From the beginning, we have set up our advanced industrial cooperation. We do not just want to import parts to the Czech Republic and assemble them here. We want to pass on our knowledge and experience to our partners and really involve them in the production and development of vehicles. After all - not only for the Czech supply, but also for many other projects that are ahead of us.

We have been offering our advanced and proven industrial cooperation program from the very beginning, Czech companies would be the main partner. BAE offers the transfer of our knowledge and experience to our Czech partners and their real integration into the production and further development of the vehicle. After all - not only for the Czech supply, but also for many other projects that are ahead of us.

5) We often hear concerns about whether VOP CZ is able, in the state in which it is, to handle everything. Aren't you worried about potential problems if you win and rely so much on this state-owned enterprise?

We already have 11 industrial collaborations on the supply of Infantry Fighting Vehicles, and believe me, there is always something that needs to be addressed. But we have always been more than successful. In the same way, we have been negotiating intensively with VOP CZ for several years now, we signed our cooperation agreement in 2016, and I would dare say that we know the company well. We know what its strengths and weaknesses are. We want to build on the strong, we want to remove the weak together. We have our own plan for this, based on unique experiences from past programs.

Based on our unique experience from previous programs, I am convinced that after years of mutual cooperation, VOP CZ will gain a new impetus and new energy. We don't want society to just survive - we want more than that. We would like to see VOP CZ as our partner for many more years.

6) So what do you think is important in this regard? Can you tell us what you want to build on specifically and what your cooperation strategy will be?

We believe that our strategic cooperation will bring VOP CZ not only a direct financial impact, but above all a chance to gain new knowledge and skills, participate in the development of new patents, retain and attract Czech and foreign engineers, and return glory to the previously famous Czech arms industry.

I believe that our industrial concept, inspired by the Czech innovation strategy, which includes the involvement of VOP CZ and approximately 40 other Czech companies in the development, production and system integration, will bring more than just welcome financial support. We found out that the Czech industry is very skilled and capable, but we lacked a larger new project on which we could cooperate in recent years. Cooperation with VOP CZ will stimulate real development, inspire new patents and attract and retain top Czech and foreign engineers. This cooperation can preserve hundreds of jobs in a traditional Czech factory, moreover in a region that has long struggled with structural problems. In addition, well-established cooperation brings other positive effects to the whole region within the so-called multiplier effect. One billion crowns invested in this way will bring the region another less than three billion. Together with VOP CZ and other Czech state and private companies from the defense industry, we want to enter a new era, building on the famous tradition of building the future of highly advanced technology. We do not offer the role of a simple subcontractor, but the opportunity to develop, manufacture and support the entire vehicle.

Yes exactly. We have recently signed contracts for more than EUR 1 billion in Hägglunds for Switzerland, the Netherlands and Norway. Much of this, in combination with international programs, could also be produced in the Czech Republic. It could thus be a renaissance of the Czech defense industry, which has been waiting for a similar impulse for years. We at Hägglunds now have work to do for years to come, and we are looking for strategic long-term partners. In the Czech Republic, we found highly qualified engineers, but also other professions. The VOP, together with some other Czech industrial companies, has the potential to become a strategic partner for other programs in the region.

8) The Slovak Ministry of Defense has recently launched a project similar to the Czech one. The vehicles are gradually being introduced. Do you see any opportunities for both states to cooperate in this concurrence?

It is quite obvious that these are separate projects, currently completely independent. On the other hand, I see many opportunities and potential for symbiosis, which could ultimately lead to significant assistance to the defense industry in both countries, as well as interesting impacts on the added value that the concurrence of the two projects could bring to both countries. We will see how the two projects meet over time and how much they can get the most out of a possible concurrence for both countries. We have our ideas and will be happy to discuss them further with all relevant parties.

9) At the beginning of the interview, you stated that BAE Systems and CV90 MkIV come to the Czech Republic with many advantages. You mentioned User Club. So what are the other potential benefits?

The User Club itself is a very exclusive opportunity for the Czech Army. Being part of a group that shares experiences, collaborates on development, participates in strategies and tactics, trains together. But it also shares the cost of further development when needed. No one else can offer that. At the same time, this form of cooperation brings great added efficiency in the deployment of vehicles and significantly increases the safety of the crew.

We would like to launch another exceptional project in the Czech Republic, in cooperation with Czech heads - the Battla Lab. We were inspired by the Czech innovation strategy. This facility could serve as an important tool for deepening international cooperation in the training and preparation of doctrines and tactics based on the experience (including combat) of existing users of CV90 vehicles. The combat laboratory could also serve as a key element in the development of future technologies, for example in the field of cyber security and artificial intelligence, in cooperation with the Czech academic community and universities and Czech industrial companies. We see a really great opportunity in it. 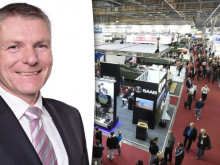 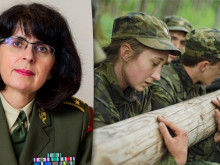