In the so-called "Ten for Defence" presented by the new Minister of Defence Jana Černochová (ODS) on 10 January and in the Government's programme statement, we can find, among other things, the establishment of a special investment fund, which will be allocated funds for strategic modernisation projects of the Armed Forces. The Ministry of Defence will present a proposal for long-term stable and effective financing of the Army and its modernisation by the end of 2022. The general inspiration in this respect is the defence funds established during the First Republic. These provided the then Ministry of National Defence with emergency funds for the material equipment of the Army. Jana Černochová, as Chair of the Parliamentary Defence Committee, has repeatedly spoken about the need to provide for defence spending by law.

Picture: The Ministry of Defence will submit a proposal for long-term stable and efficient financing of the Army and its modernisation by the end of 2022. The general inspiration in this regard is the defence funds established during the First Republic. (illustration photo) | Ministry of Defence of the Czech Republic

The first 'Fund for the Material Needs of National Defence' was established by Act No 240/1926 of 17 December 1926. It was a fund subsidised from the state budget. According to the law, every year for 11 years, starting in 1927, the Minister of Finance was to include in the state budget the sum of 315 million Czechoslovak Crowns. Thus, in the period 1927-1937, the total amount was 3.465 billion Crowns of fixed statutory expenditure with a defined method of use. The Fund could be further supported by donations, bequests, collections, etc. 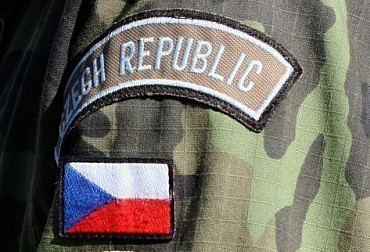 The effectiveness of the 1926 Act was extended for a further ten years by Act No. 127/1934 of 27 June 1934. At the same time, in an apparent connection with the unfortunate international developments, the new law made it possible to release funds for specified purposes before the Fund received the appropriate subsidy from the state budget - the Minister of Finance then secured the money needed in advance by means of credit operations or by advances from the cash on hand. For the years 1938-1947, this law then represented a theoretical sum of 3.15 billion crowns. By the end of October 1938, 3.508 billion (101.2 per cent) of the total sum provided for 1927-1937 had been spent, and the full 2.929 billion (93 per cent) of the expenditure planned for 1947.

The actual budget of the Ministry of National Defence stood separately, essentially a separation of capital expenditure from the other chapters of the Ministry of Defence budget, with the minimum size of this chapter guaranteed by the state by law, while the size of the remaining chapters was capped for day-to-day operations.

For comparison, in 1926 the planned expenditure of the state budget amounted to CZK 10.07 billion. The expenditure of the Ministry of National Defence, i.e. before the establishment of the Fund, was to be 1.935 billion, i.e. almost one fifth. The ratio of defence expenditure to state budget expenditure oscillated between 13.5 and 19.2 % from 1919 onwards. After the establishment of the Fund in 1927, it stabilised at around 14 %, and from 1934 onwards exceeded 16 % to reach 20.7 % in the critical year 1938 (CZK 2,098 billion out of a total of CZK 10,117). To these expenditures in the field of operating and mandatories were then added the capital expenditures financed both by the defence fund under the laws of 1926 and 1934, and by the loans of 1936 and 1937 (the former in the planned amount of 8.775 billion - 5.578 billion were used up, the latter 5.648 billion had already managed to realise only a fractional amount of 0.248 billion crowns). If we compare these figures to GDP, then where we are now limping towards the 2% we committed to many years ago as part of the Alliance, the First Republic spent 9% of GDP on defence in 1937 and 11.5% in 1938. 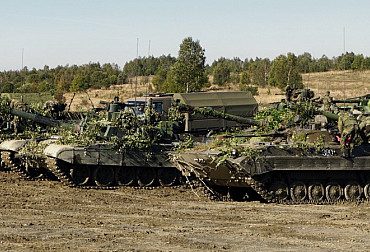 The total expenditures of all chapters of the state budget of the Czech Republic in 2020 amounted to 1618.1 billion and the Ministry of Defence was the fifth largest contributor with 75.5 billion crowns, i.e. approximately 4.67%. The structure of state expenditures in 1919-1938 was, of course, incomparable to today's situation, and at first glance, the defence expenditures at that time seem somewhat excessive, although the reason is obvious. Just as Nazi Germany, with its rearmament, fell into a debt trap, from which it sought escape by starting a war with the plan to heal itself financially on the losers, in the Czechoslovakia a similar (circumstantially forced) development was economically ruinous, and the situation was unsustainable in the long run. If we add that, as a result of political decisions in the peak stages of the crisis of 38, all the sacrifices and costs of the past years were not only wasted, but even used to a considerable extent by the enemy against the Allies, the result can easily be described as a disaster. We wanted peace; we prepared for war almost to the point of self-sacrifice. But because of ineffectively established international relations and the resulting isolation and precarious security position, we have suffered defeat and humiliation.

But if we go back to the setting up of the defence fund system, we see that the proportion of capital expenditure has been de facto set at a minimum of 22.5 per cent of total defence expenditure since 1927 as a proportion of the annual allocation to the defence fund. This corresponds to today's recommendation within NATO to spend at least 20% on investment (programme funding). Unlike operational and mandated expenditure, capital expenditure is particularly time-consuming - major strategic projects in particular take many years to plan and then many more years to implement. The Army calls for a stable financial framework - and the establishment of a defence fund along the lines of the First Republic, i.e. de facto separation of the programme financing chapter from the MoD's own budget, is a possible way to achieve this. 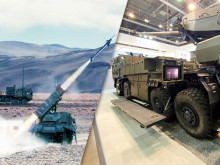 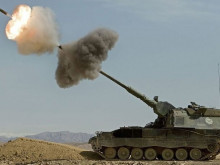