The Czech Army, like the Czechoslovak Army before it, is based on Tatra vehicles. Among the more than 3.5 thousand trucks that the Czech Armed Forces have at its disposal today, they make up the vast majority. However, more than half of this number is still made up of the successful, powerful, but nevertheless old model T 815, produced since 1983. It is therefore a vehicle of the same generation as the tracked BVP-2 IFVs. Few people doubt the need to replace them with more modern equipment. The equipment of combat support and combat assistance units may not be so visible, but modernisation is ongoing and must continue in their case. While the popular Praga V3S vehicles are being replaced by the Tatra Tactic (T 810), the replacement for the T 815 is the Tatra Force (T 815-7). 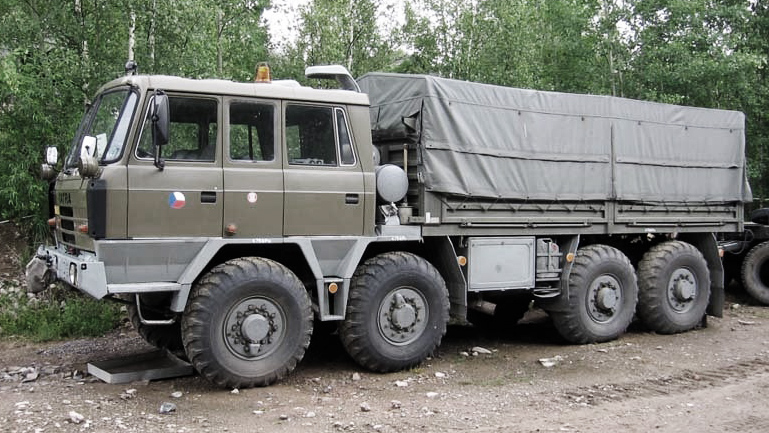 The very first Tatras appeared in our armed forces in 1914. I take the liberty of using the word "our" and I mean the imperial and royal army of the Austro-Hungarian Empire. It was a two-axle type NW TL 2 (tonnage 2 tons) of the Kopřivnice manufacturer Nesselsdorfer Wagenbau-Fabrik (Kopřivnice Wagon Factory), as Tatra was called from the end of the 19th century. It was a so-called "subsidy" wagon. The empire contributed to its purchase and operation and the owners were obliged to put it at the disposal of the army when a state of war was declared. The question of maintaining the capacity of the domestic defence industry has been an issue at all times and will never change. A four-ton variant, the TL 4, was also developed and deployed, and both vehicles were then transferred to the armament of the fledgling Czechoslovak Army. From 1919 onwards, other types were added to the army's armament under the Tatra brand, and the first vehicles to bear the Tatra mark were the TL 4s ordered by the newly established Czechoslovak Army. The Tatra was the first model to be introduced by the new army. By the time of mobilisation in 1938, they already constituted a significant part of the fleet of trucks at the disposal of the armed forces (namely 2,837 Tatra trucks out of 7,846 trucks), the most numerous of which was the type T 27, a two-axle truck with a load capacity of 2.5-3 tonnes in various versions. 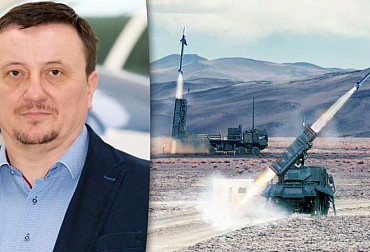 But let's skip a century of tradition and look rather at the current state and future needs of the Czech Army. What is certain is that Tatra vehicles play and will continue to play an irreplaceable role. The Army of the Czech Republic is also one of the main reference customers for defence manufacturers. And if we were talking about the defence industry's capacities, then supporting the export of proven products and their success on foreign markets is one of the very good ways to maintain and strengthen these capacities.

The Praga V3S vehicles are gradually being replaced by the Tatra Tactic (T 810 6x6, originally designated ATS - all-terrain medium vehicle), of which the Army has received six hundred units since 2008, and the surviving specialised variants of the Praga will soon be replaced by, among others, TITUS wheeled armoured vehicles based on the Tatra Force chassis (T 815-7 6x6). If the Army's fleet is sometimes referred to as a museum with very little hyperbole, the still-operating V3S Prags are among its most numerous exhibits. They were excellent and satisfactory in their day, the 1950s, and long afterwards, and are still running, but their performance is long past its zenith and they retard more modern equipment during movements. Similarly, the equally popular (and beautiful) Tatra T 148s are still in service with the Army in specialised variants, and these too will need to be replaced in the foreseeable future.

Much more powerful and newer are the Tatra T 815s in 4x4, 6x6 and 8x8 versions, but it is necessary to look at the term "newer" from an overall perspective. These are vehicles that are approximately three decades old or more, and if we smile (bitterly) at the fact that vehicles from the 50s and 60s are still in service with the military today, vehicles from the 80s are not much better off.

They have a successor, which is the Tatra Force series (T 815-7), which was designed primarily for military use. Variants and superstructures for the T 815-7 are plentiful. In addition to those used by motorised units and combat security units (such as rollers and more recently, for example, tankers delivered in cooperation between Tatra Trucks and VOP CZ), the Czech Armed Forces have also acquired them in the PRAM version with an armoured cab as a mortar carrier, and their chassis is envisaged for STARKOM jammers, for CAESAR self-propelled guns and for SPYDER anti-aircraft system batteries. Similarly to the Tatra T 810 PVO transporter for the older RBS-70 anti-aircraft system, the Army will have special vehicles for the newly acquired RBS-70NG system, this time of the Tatra Force series (Tatra T815-7T3R31.411 6x6.1R), according to the contract concluded in the spring. 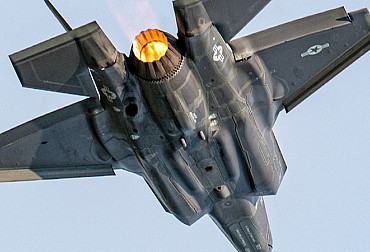 There is talk of the Army's internal debt amounting to hundreds of billions of crowns. This includes the situation of the fleet of trucks and specialised vehicles. The needs of logistics and combat support in general, and combat assistance in particular, are somewhat overshadowed in terms of public attention by the acquisition of attractive combat equipment such as IFVs, tanks, light assault vehicles or attack helicopters. However, it does not need too much explanation that spikes, blades and shields, in order to be effectively deployed, need to be transported to the deployment site and provided with the conditions for such deployment. This cannot be achieved in the long term with obsolete and outdated equipment, the condition of which drains relatively higher resources both for its maintenance, operation and fuel. 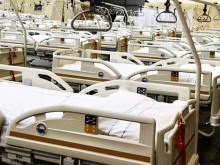 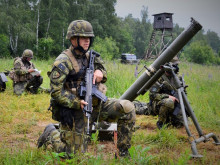 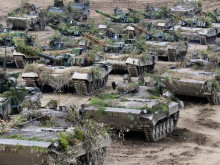