Brigadier General Aleš Knížek is a military historian and director of the Military History Institute (VHÚ), which he has been managing for exactly twenty years this year. This was after a four-year reconstruction, which General Knížek personally directed. The Army Museum Žižkov is now one of the most modern of its kind in Europe. Not only in connection with the recent opening of the newly reconstructed Army Museum Žižkov, we asked the General for an interview, which you can watch below.

During his tenure at the VHÚ, General Aleš Knížek was instrumental in establishing the Military Technical Museum in Lešany. He is also the co-author of dozens of publications and articles dealing with 20th century military history and the history of military technology. "Our museum is different from other museums in Central Europe, for example in Dresden or Vienna. It is more striking because it is new," says General Knížek in our discussion programme CZ Dialogues. 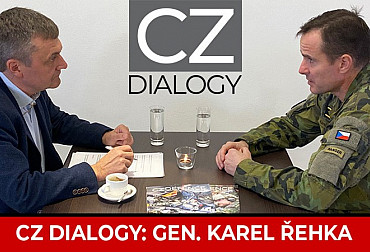 We wrote:Gen. Karel Řehka: The Army has skilled people, but it also has huge deficits from the past

During our conversation, we touched not only on the reopening of the museum, but also on its history. We went through a list of personalities associated with the museum, including those who collaborated in acquiring the exhibits. It is also interesting to recall how the VHÚ obtained the original historical invitation to the opening of the Military Museum in 1932, which the museum did not have in its archives. This was possible thanks to the acquisition of the estate of General Klecanda (Vojtěch Vladimír Klecanda 15 November 1888 – 22 April 1947 was a Czech Legionnaire and Czechoslovak officer), where all the invitations, including the aforementioned invitation to the opening of the Military Museum, addressed to General Klecanda and kept by his wife, were part of the documentation received. 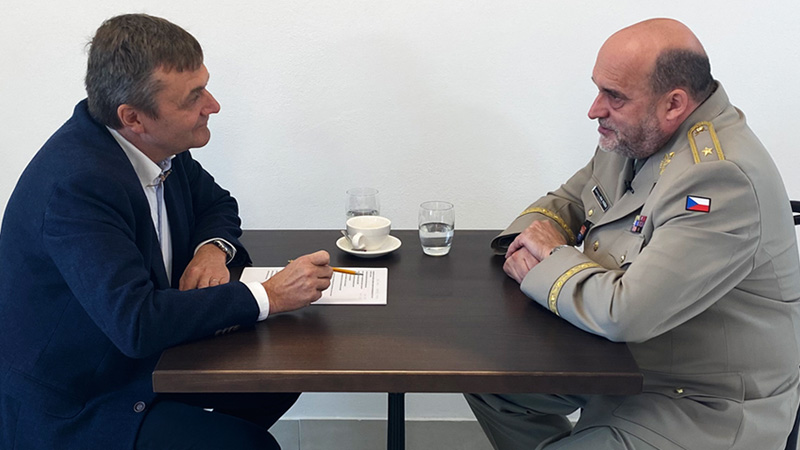 The new exposition of the museum has a total of seven basic parts, which map the military history of the Czech territory and Czech statehood. These are the period from the beginnings to 1740, 1740-1914, World War I 1914-1918, Czechoslovakia 1918-1938, 1938-1948, World War II and the period from 1948 to the present. The collections of the VHÚ Prague provided about seven thousand exhibits. The exhibits are placed in almost three hundred showcases, but also in the open space of the exhibition halls. The halls are located on four floors, some of the halls also have smaller mezzanines built into them. The visual presentation of the artefacts, including the lighting, has been created in the spirit of the latest trends and with the most advanced lighting technology. A speciality are the "objects with a story", where the visitor is informed about the fate of the exhibit and the people connected with it. Numerous exhibits are also equipped with QR codes, so the visitor can read comprehensive information about the object using modern technology.

Within the modern exhibition, a large space is dedicated to the operations in Afghanistan from 2001-2022. The whole section culminates with a demonstration of the life of our soldiers in Afghanistan, it is a faithful representation of the quarters and office with dummies of soldiers in 1:1 scale. There is also a large collage of photographs showing the Czech deployment in Afghanistan from various angles, in a variety of situations. A special feature of this section is a brass plaque of the Czech embassy in Kabul and a military chapel, as a memorial to fallen soldiers from our foreign operations.

In the interview there is also a question about what exhibit General Knížek considers the most valuable: "The first exhibit, which is in the collections of the Military History Institute, is important to me. It is a poster of Vojtěch Preissig, which is a recruitment poster for the newly emerging army of the non-existent state, the future Czechoslovakia," reveals the director of the Military Historical Institute Knížek.

The opening of the Army Museum is not the end of the historians' work. "We are trying to bring new and new knowledge," said Gen. One such example is the complete database of the fallen during the May Uprising in 1945 or the database of fallen Czechs in the Austro-Hungarian Army during World War I. 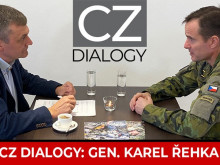 Gen. Karel Řehka: The Army has skilled people, but it also has huge deficits from the past