The year 2027 or 2029 represents a significant milestone for the Czech Air Force, which will in any case undergo a transformation at the turn of the twenties and thirties. It is therefore appropriate to consider now in what condition the Czech Air Force should enter the era of artificial intelligence and network warfare.

According to the Concept of Build-Up of the Czech Army 2030, in 2030 the Czech supersonic air force will be able to operate within the National Air Defence Reinforcement System of the Czech Republic in providing protection of the Czech airspace. At the same time, it will be able to support ground forces by operating against hostile ground targets in all weather conditions. According to the Long Term Defence Outlook 2035 (LTDO 2035), the supersonic air force will then be able to perform all tasks arising from the Czech Republic's commitments in full interoperability with other NATO Member States. The Long-Term Defence Outlook also states that a decision on further leasing or acquisition will be made by 2025 at the latest. However, the question remains whether everything will actually be done by 2025. If the Czech Ministry of Defence decides on a solution other than the Swedish one, it may already be too late in 2025.

In the case of the US solution, the Czech Air Force will switch to a completely different type of equipment, which will require new training for both pilots and non-flying personnel. The need for new infrastructure should not be forgotten either. If we look at Poland or Slovakia, both of which are buying US aircraft, from the perspective of the timing of the acquisitions, we find that the Polish Government signed a contract for F-35s in 2020 and is not expecting the first two aircraft until 2024. Slovakia signed a contract for new F-16s in 2018, with deliveries ending in 2024. In the case of the F-35 acquisition, there is also the question of the start date for full-rate production aircraft. Recall also that the aircraft has and is participating in tenders around the world and it is questionable whether Lockheed Martin, in terms of deliveries, will satisfy all customers. 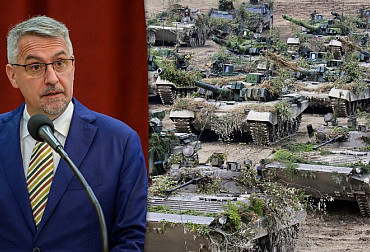 The internal political situation in the Czech Republic may also cause problems and delays. It is questionable how long it will take for the winner of the October elections to form a government with confidence. The Czech Republic is also facing the EU Presidency in 2022, for which the new government must unconditionally and, above all, quickly prepare. These reasons may also postpone the original date for a decision on the future of the Czech supersonic air force until 2023-2024, which would then affect the ability of our supersonic air force to protect Czech airspace and fulfil NATO commitments.

The discussion on what capabilities the Czech supersonic air force should have in order not to lag behind its allied colleagues and to continue to be able to perform all its assigned tasks is therefore more than topical. The aim of the article is not to lobby for a particular aircraft or a particular country, but to make a basic reflection on whether and how we want the Czech Air Force to be armed and equipped at the beginning of the 2030s.

Given the current candidates, which are the Gripen, F-16 and F-35, it is necessary to consider their future capabilities so that there is no simple leasing or buying of aircraft without acquiring weapons and other systems. 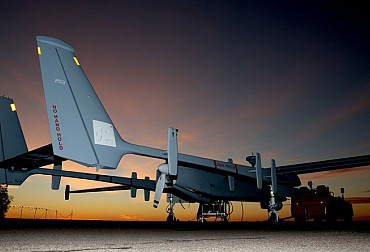 In the area of air-to-air missiles, the long-standing debate on the replacement of AMRAAM and Sidewinder missiles needs to be concluded. For the most likely candidate (Gripen), the option of a wide range of armaments should be exploited. The Gripen can carry the European IRIS-T and Meteor missiles, the US Sidewinder and AMRAAM, and the Israeli Derby and Python missiles. US F-16 and F-35 aircraft can, of course, carry US missiles. In addition, the F-16 can also carry the Israeli Derby and Python missiles. For the F-35, the question is whether Israeli missiles can be used. In terms of air-to-air missiles, the integration of missiles with ground-based air defence assets should also be considered. For the Czech Republic, missile unification makes sense both financially and logistically.

The most talked-about area of the Czech Air Force's capabilities is the ability to operate against ground targets. With the purchase of a number of Paveway II laser-guided bombs and Litening targeting containers, it is clear that the Czech Air Force wants these capabilities. In this case, as with the air-to-air missiles, the Gripen can be used with a wide range of weapons from American, European and Israeli. In the case of the F-16 and F-35 aircraft, American and Israeli armaments are under consideration. For the latter, however, the question arises whether the Czech Republic will be able to equip it with Israeli weapons (given the US-Israeli agreement on the F-35). In the context of action against ground targets, it is also appropriate to determine what capabilities the Czech Air Force wants to achieve, as there is a wide range of weapon systems differing in range and other parameters.

An important part of today's form of warfare is certainly the area of electronic warfare. In the case of the Gripen, there is the development of a specialised version called the "Gripen Growler". It is the reference to the American EA-18 Growler aircraft that implies the possibility of equipping the Gripen with electronic warfare systems. However, due to the lack of information, it is very difficult to assess at what stage the project is at. As far as the F-16 aircraft are concerned, the machine in question can be fitted with electronic attack and SIGINT containers. The F-35 is then the premier electronic warfare aircraft and, if this aircraft is selected, the Czech Air Force will have a very strong position in this area.

Pilots of modern aircraft nowadays cannot do without the helmet sight. In the case of the Gripen, there is again a wide range of options to choose from. In the case of the F-16, the integration of JHMCS-II can be considered. F-35 pilots use a special helmet sight, which fuses data from all the aircraft's sensors, including data provided by other aircraft.

The year 2027 or 2029 will be a milestone for the Czech Air Force, in which it has a lot to lose but also a lot to gain. Therefore, given the ambitious concepts and plans, it is necessary to think about equipping the Czech Air Force with the appropriate systems and means so that our Air Force moves into the 21st century and does not lose pace with its allied colleagues. 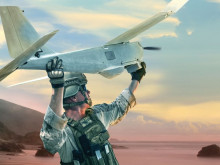 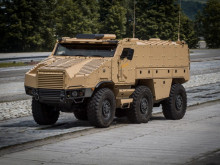 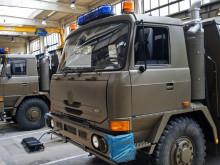