The Czech Army is eagerly awaiting the arrival of the new UH-1Y Venom and AH-1Z Viper helicopters, the so-called H-1 system. These are already in production and the first units will be delivered next year. In the meantime, extensive support, including training of ground personnel, needs to be managed. This includes specialist language training, which is tailored to the needs of our soldiers and is provided by the Centre for Language Education at the University of Defence (UoD). The UoD also responds flexibly to other requirements based on current military needs. So let's take a closer look at the UoD's activities, which were recently described in the monthly MoD’s A Report. 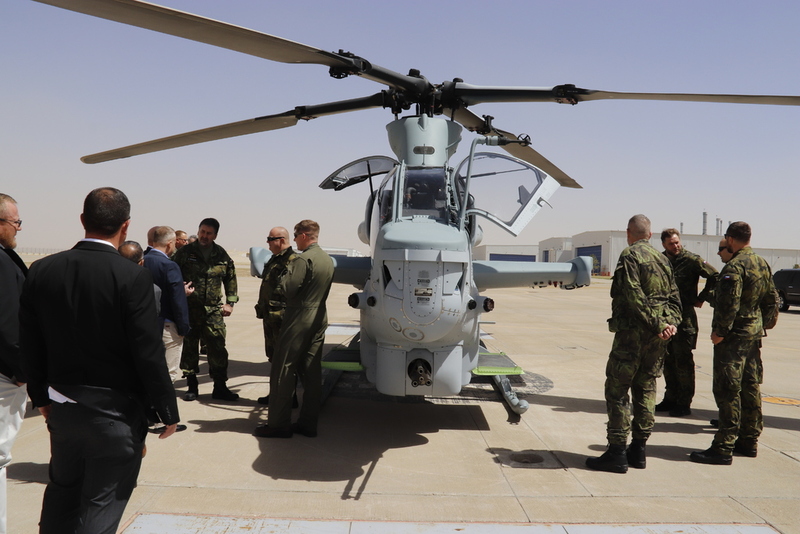 Picture: The Czech Army is eagerly awaiting the arrival of the new UH-1Y Venom and AH-1Z Viper helicopters, the so-called H-1 system. (illustration photo) | Ministry of Defence of the Czech Republic

The project to support mainly ground personnel who provide technical maintenance of the Czech Air Force aircraft has been running for more than a decade and has evolved into a series of specialised courses for the air bases Náměšt' (Sedlec-Vícenice) and Čáslav (Chotusice). The training is "tailored" to the requirements of the bases and the specifics of the particular equipment. Courses are normally scheduled through the Secretary of State's section of the MoD. Theoretical and practical training is designed for the specialisations of engines and airframes, as well as avionics, electronics and armament for Mi-24 and Mi-17/171 helicopters and L-159 ALCA and JAS-39 Gripen aircraft. This year, a pilot course in English aviation terminology has already been held for the H-1 system, which consists of the American UH-1Y Venom and AH-1Z Viper helicopters. This is in preparation for later training of ground personnel in the US and also in the Czech Republic by the US Mobile Training Team (MTT). The Language Training Center plans to conduct three more aviation terminology courses later this year. 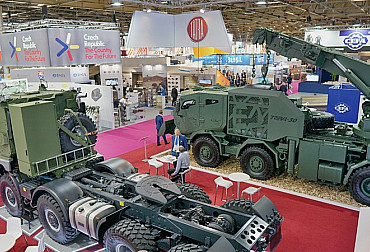 They respond to the needs of the military. German is not missing

Terminology courses at the UoD are not limited to the English language. As part of the cooperation between the Ministry of Transport and the Ministry of Defence in training the use of bridge provisioning, a request for a terminology course in German was made for members of the 15th Engineer Regiment of the Czech Armed Forces. The aim of the course was to prepare the military engineer specialists for training German colleagues from the Technisches Hilfswerk (Federal Agency for Technical Assistance: an organisation set up by the German Federal Government for civil protection), to whom they were to pass on their know-how regarding the assembly of the Czech TMS (heavy bridge construction). The aim of the course was to learn the relevant technical terminology, to prepare a presentation for the German colleagues and to prepare the participants for communication in the field. Due to the very narrowly technical assignment of the course with an overlap into technical terminology, the available materials in the field of military German proved to be insufficient. Therefore, the lecturers created their own materials in cooperation with the course participants and the Department of Engineering Technology of the Faculty of Military Technology of the UoD. The result is a Czech-German/German-Czech glossary of technical engineering technology for TMS (235 terms), a German-Czech legend to TMS diagrams and a trilingual picture dictionary of their components (English, Czech, German). These materials were also published in the e-learning platform Languages for the Army (JAPA) for the needs of other interested soldiers and other personnel of the Czech Armed Forces and the Ministry of Defence. The next run of this terminology course will take place in June this year.

The Language Education Centre is active in the field of language education, either within accredited study programmes at the University of Defence and its units, or within lifelong learning programmes, the so-called departmental language courses conducted according to the needs of the Ministry of Defence. 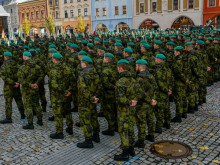 The defence of the country is not just a matter for the Army, but for society as a whole 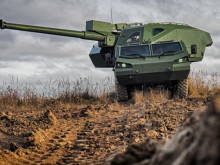 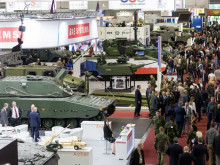