A military parade took place in Baku, Azerbaijan celebrating victory in the recent war over Nagorno-Karabakh with neighbouring Armenia. The streets are decorated with Azerbaijani and Turkish flags, and the parade is watched by honorary guests. Included in the parade were three thousand soldiers and 150 pieces of domestic army equipment, including among others, for example, Turkish drones Bayrakta TB2. The Azeris also showed off the booty Armenian technology, and the sight of it was not uninteresting.

The parade was attended also by Turkish President Erdogan, who quite rightly considers the situation to be his success.  Without Turkish support for Baku, Russian diplomacy would probably have been able to force Azerbaijan to suspend fighting earlier, and the results of the operation would not have been comparable from the point of view of today’s winners. The Turkish president addressed the lined up Azerbaijani troops with a long speech.  The President of Azerbaijan, Ilhan Aliyev, declared December 10 the Day of Victory in Karabakh.

Various units of the armed forces marched in colourful uniforms accompanied by an enthusiastic performance of the commentator. Later, there was also a military equipment display, and primarily the booty technology of the Armenian army.  Among the first things that could be seen was the artillery: the M1955 howitzers caliber 152 mm of Soviet origin towed by the unforgettable vehicles Ural-4320, also in service Azerbaijan.  Portable anti-tank weapons such as the Russian 9M133 Kornet or 9M133 Konkurs systems were displayed on the bodies of the Urals.

There were also ex-Soviet multi-purpose amphibious transporters MT-LB from the 60s in various modifications displayed on the trailers or the Kub air defence systems, still deployed in the Army of the Czech Republic, in the case of Armenia in the version Kub-M3, and also ZSU-23-4 Shilka. A number of T-72 tanks were demonstrated.  Armenia had an estimated 550 vehicles in various variants, including the forces deployed in Nagorno-Karabakh until recently, from the T-72A to the modern T-72B3.

Self-propelled artillery was represented by several 122mm Gvodzilkas and there was also an impressive view of the three destroyed rocket launchers BM-21 Grad. What was also on display were BMP-2 infantry fighting vehicles and a number of cars and trucks of the Armenian Armed Forces, UAZs, ZILs, KAMAZs and Urals.

The last trailers with booty technology transported among other things the reconnaissance vehicle BDRM-2, which according to AZ.tv was the only wheeled armoured combat vehicle of the Armenian forces. What followed was shiny Azerbaijani army technology and the commentator’s voice was accompanied by military music.  The heavy track equipment introduced by the BMP-2 and BMP-3 infantry fighting vehicles and the T-72 Aslan and T-90S tanks were also displayed on trailers. The units were led by their commanders in Israeli Plasan SandCat armoured vehicles.

This was followed by air defence systems on an Osa-1T wheeled chassis with a distinct indication of the number of victories in the form of red stars, armoured personnel carriers BTR-70 and BTR-80, or missile systems, incl. BM-30 Smerch.  There were also 152mm self-propelled cannon howitzers DANA, ex-Soviet 2S7 Pion, Russian air defence systems S-300, Pechora sets, as well as a number of drones, which found extraordinary use in the past conflict, whether it was “kamikaze” unmanned aerial vehicles Antonov An-2 , the Israeli IAI Harop of the same purpose, the Turkish assault Bayraktar TB2 and smaller observation drones, a large number of which Azerbaijan also acquired in Israel.

The reported losses are comparable in terms of the number of casualties. Azerbaijan lost 2,783 troops in the war, Armenia 2,718. According to Azerbaijan, 100 Armenian tanks and other armoured vehicles and 100 artillery systems, including the BM-27 Uragan rocket launcher, were destroyed, as well as 150 vehicles and 60 air defence equipment.  Azerbaijan lost an estimated one hundred tanks and armoured vehicles, including one T-90 tank, four Smerch rocket launchers and one Uragan. Armenians also claim the destruction of 264 Azerbaijani drones. 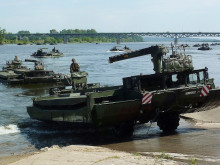 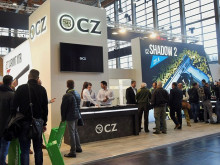 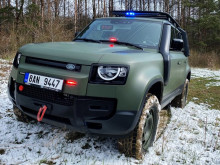