On Tuesday, 5 October 2021, the long-awaited agreement between the Ministries of Defence of the Czech Republic and Israel was signed for the acquisition of the SPYDER short and medium range anti-aircraft missile system from the Israeli company RAFAEL. The participation of the Czech defence system will reach 38% (the requirement from the Czech side was at least 30%) and it will involve RETIA company from the CSG group, as well as the VTÚ state enterprise. RETIA signed the agreement with the Israeli manufacturer during this year's NATO Days in Ostrava, and the signing of the contract between RAFAEL and VTÚ followed on 23 September.

While the Pardubice-based RETIA company, with experience not only from the successful modernisation of existing 2K12 KUB systems, will participate in the SHORAD project by coordinating the introduction of the SPYDER system into the armament of the Czech Armed Forces, by covering subcontracts of other companies (Army requirements include, among others, the use of the TATRA chassis), the Military Technical Institute (VTÚ) will contribute by designing and manufacturing the command post of the anti-aircraft battery, integrating application software and communication systems, or ensuring the protection of classified information. 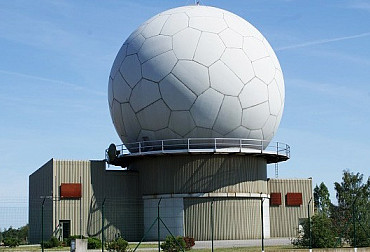 In this respect, both RETIA and VTÚ are building on their experience from the cooperation with the Israeli state-owned company ELTA Systems, which will deliver eight pieces of MADR 3D mobile radars for the Czech Army on the basis of the Czech-Israeli intergovernmental agreement of 5 December 2019 until 2023. Four pieces in the MADR 2084 MMR - GBAD version are then part of the SHORAD project, along with four command and fire control devices, sixteen launchers, four ammunition carriers and other accessories.

Israel's anti-aircraft technology is among the world's leading. The high level of participation of the Czech defence industry both confirms its qualities and becomes an opportunity for further development of its capabilities through the transfer of technology development and production to the Czech Republic, as well as experience in ensuring the life cycle for twenty years. The quantification of the life cycle costs of CZK 23.5 billion before signing the contract itself attracted attention and visually multiplied the input costs of CZK 13.7 billion, but the Ministry of Defence was recently called upon to do just that by the Supreme Audit Office. A closer look at this amount shows that it is rather at the lower end of the estimated costs.

Apart from the fact that the Army will get a modern replacement for the outdated ex-Soviet 2K12 KUB system by 2026 in the form of four batteries of the SPYDER-MR system, an equally important dimension of the acquisition is the confirmation of the high level of the named companies of the Czech defence industry and, above all, the opportunity for their further development in cooperation with a renowned Israeli manufacturer, which is furthermore underlined by the transfer of sensitive technologies to the Czech Republic. In this regard, we asked several questions to the director of the VTÚ state enterprise, Mr. Petr Novotný, who came to the head of VTÚ in March 2021 from the position of the director of the VTÚL and PVO branch plant (Military Technical Institute of the Air Force and of the Air Defense), and as a former pilot of a military helicopter has long experience with air defence systems. 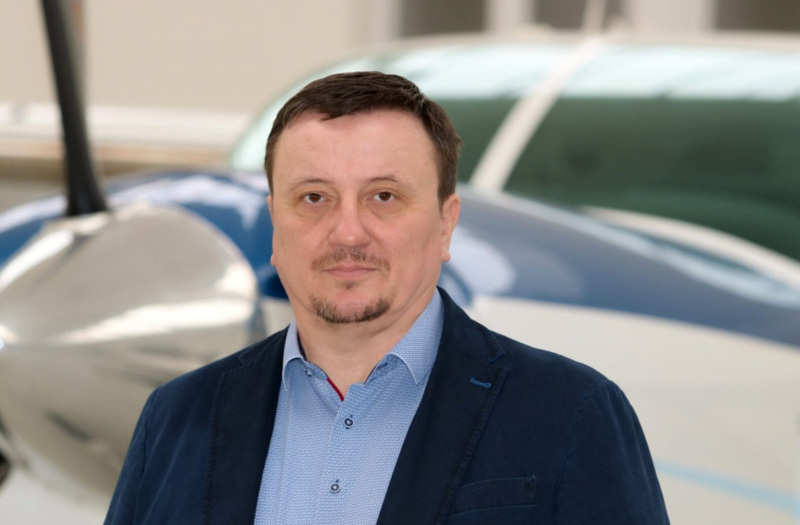 Mr. Director, VTÚ is in a relatively short period of time establishing cooperation with a second major Israeli company, after ELTA Systems it is RAFAEL, in both cases the cooperation concerns the field of air defence. How difficult were the negotiations with the SPYDER system manufacturer and are you generally satisfied with the outcome?

I must admit that in the first case the negotiations were much longer and more complicated. This can probably be attributed to the fact that until that time, the cooperation between VTÚ, s.p. and Israeli companies was minimal or had historically been handled through other intermediaries, as was the case, for example, with the PANDUR weapon station project. Moreover, the issue of integrating MADR into the command and control systems of the Air Force involved very sophisticated and sensitive information for both parties, which often cannot be shared before signing the contract, especially with regard to the law on the protection of classified information. However, from the state enterprise's point of view, it can be clearly stated that the cooperation with ELTA Systems has significantly facilitated the negotiations with RAFAEL and these negotiations have already been conducted much more efficiently and targeted precisely on those areas where the VTÚ's role is indispensable. As far as satisfaction with the outcome is concerned, yes, I am very satisfied and I thank all the employees concerned who, even in the difficult times of the COVID-19 pandemic, managed to negotiate the best possible outcome for the company and, ultimately, for the MoD.

VTÚ will be responsible for the design and production of the so-called command post of the anti-aircraft missile battery or fire control centre. What can be imagined by this term, what systems will be integrated into this element?

The anti-aircraft missile battery is a complex of elements that form a kind of synergy, whereby from the warning from superior systems about the approaching danger in the airspace, the target is intercepted by its own radar, the whole situation is evaluated and the data is transmitted to the launcher, which then guides the appropriate missile to the area of expectation, or to the so-called overrun point. At the heart of the whole process is the command post, which can be imagined as a set of two containers on a TATRA chassis equipped with communication and information technologies with special application software. The design, fitting with technologies and testing of these containers are, among other things, the responsibility of VTÚ, s.p. As regards the systems that will be integrated into this site, apart from the native parts of the SPYDER system, I can only mention the generally superior elements of the Air Force command and control system, as providing more precise information would reveal something that would probably not be in the interest of the MoD.

What form will the coordination of RETIA and VTÚ's involvement in the contract take?

The coordination of these activities is clearly the responsibility of the primary manufacturer, i.e. RAFAEL. However, I believe that both the state enterprise and RETIA will have a common interest in coordinating their activities to the benefit of the end user.

The Czech Republic will become the first user of the SPYDER system among NATO countries. From your point of view and with the experience you have in this area, is it a good choice from a technical point of view?

Definitely. It is not so important whether we are first, second or third. SPYDER MR is one of the best in the industry. As I said above, our company will be responsible for the integration of the command post into the parent infrastructure, which means that the systems on the external interface will be systems that have been developed and manufactured by our company for a long time and have been deployed in similar variants in the Air Force for several years. If your question is therefore directed towards whether we are concerned about compatibility, I would like to assure not only you but also your readers that we are not.

Will the common Israeli origin of the MADR and SPYDER radars and their compatibility facilitate the work of their integration in the Czech environment?

Certainly yes, in the previous section I tried to assure not only you that the involvement of VTÚ, s.p. in the field of integration makes this risk quite comparable to the introduction of any system of any manufacturer. Data transmissions and compatibility of communication and information systems are nowadays not only the domain of radars and air defence, but of every kind of force. As a state-owned enterprise, we also address this area for the benefit of the ground forces, for example, by being the holder of framework agreements for the implementation of the Federated Mission Networking (FMN) concept or the acquisition and integration of the artillery fire control system.

Can you confirm the expectation that the involvement of the defence industry, whether in the ongoing MADR contract or the starting SHORAD contract, will bring to Czech companies and specifically to the state enterprise VTU a strengthening of capabilities in the field of air defence systems?

Yes, I can. And especially in the area of improving the qualifications of our employees, which is a retroactive benefit for our founder, the Ministry of Defence.

Are there other projects underway or in the outlook in which VTÚ is involved, or will be involved, in cooperation with the Israeli defence industry?

Israel is one of our key allies. It is therefore logical that other negotiations are underway in other areas in which VTÚ, s.p. could contribute to increasing the defence capability and security of our country. However, in view of the fact that in our case we almost always deal exclusively with very sensitive topics, I cannot comment further on this issue. 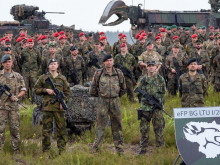 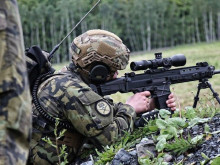 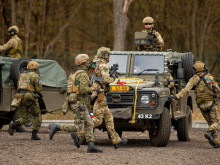