Forming a heavy mechanized brigade is one of Slovakia's obligations to its allies in the North Atlantic Alliance. To do this, it is necessary to replace the existing Soviet military equipment. Today, Slovakia is equipped with Soviet BVP-1, BVP-2 and BVP M vehicles. In order to select a suitable replacement, the priority of the Ministry of Defense for the coming months is several negotiations with potential suppliers, which will be accompanied by presentations of this type of equipment. 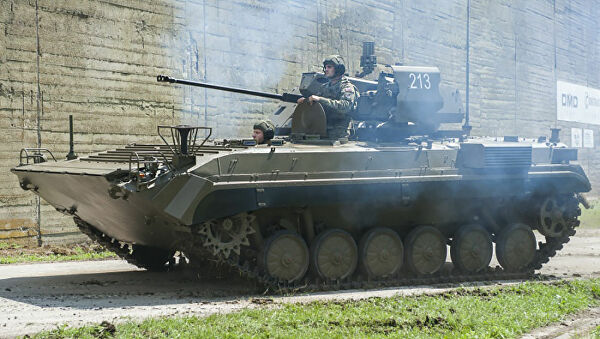 Picture: Slovakia is now equipped with Soviet BVP-1, BVP-2 and BVP M vehicles | Ministry of Defense of the Slovak Republic

On April 15, static and dynamic demonstrations of the ASCOD Infantry Fighting Vehicle, manufactured by GDELS, took place in the premises of the Military Technical and Testing Institute "Záhorie". This follows from the statement made on its website by the Ministry of Defense of the Slovak Republic. As the Ministry further says in its statement, these demonstrations were also attended by Minister of Defense Jaroslav Naď, Deputy Minister of Defense Marian Majer, Chief of the General Staff of the Armed Forces Daniel Zmeko and National Armaments Director Jozef Zekucia. During the demonstrations, discussions were also held with representatives of GDELS about the possible involvement of the Slovak defense industry in possible deliveries of new combat vehicles. It should be noted that this was not the first participation of representatives of the Slovak Ministry of Defense in such demonstrations. This is the third participation in demonstrations of this type of combat equipment. 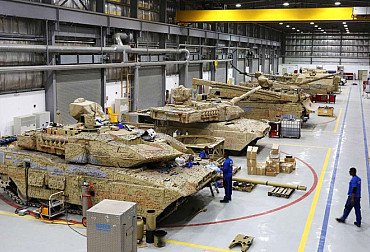 The first demonstrations of possible new Infantry Fighting Vehicles for the Slovak Army took place on March 19 in the premises of the Military Technical and Testing Institute "Záhorie". On this day, static and dynamic demonstrations of the Lynx KF41 Infantry Fighting Vehicle, manufactured by Rheinmetall AG, took place. As part of these demonstrations, representatives of this company together with representatives of the Ministry of Defense of the Slovak Republic took part in a tour of the DMD Holding state joint-stock company. During the demonstrations, the Minister of Defense Jaroslav Naď stated that the goal is to provide the Slovak Army with modern, reliable technology and to ensure the active participation of Slovak industry in this project.

As part of the market research, on 13 April, Secretary of State Marian Majer took part in demonstrations of the CV90 Infantry Fighting Vehicle in Sweden at the premises of BAE Systems Hägglunds. The Secretary of State's delegation was accompanied during this visit by Deputy Chief of the Swedish Armed Forces Brigadier General Laura Swaan Wrede. The working trip also included an online meeting with the Secretary of State of the Swedish Ministry of Defense, Jan-Olof Lind, who was dominated by the topics of bilateral cooperation and issues of modernization of the Slovak Army.

During all meetings and demonstrations held so far, the Ministry of Defense declared that the aim is to gather as much information as possible from potential suppliers of new Infantry Fighting Vehicles, including preliminary offers. During the last demonstrations, which took place on April 15, Minister of Defense Jaroslav Naď said that the Slovak Army has clear requirements in connection with the new tracked IFV. It is mainly intended to be an effective solution for the Slovak Army, which will meet all the conditions set by the soldiers, will be transparent and the Slovak defense industry will have a significant share in it.

Slovakia is not the only country in Central Europe that has decided to buy new tracked combat vehicles. New Lynx KF41 Infantry Fighting Vehicles are being purchased, for example, by Hungary, which has signed an agreement with Rheinmetall to set up a joint venture in which the Lynx KF41 IFV will be manufactured. Czech Republic is currently also choosing new tracked combat vehicles. There, ASCOD, Lynx KF41 and CV90 are competing in the tender. 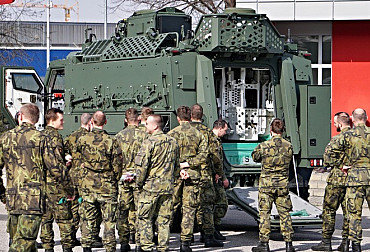 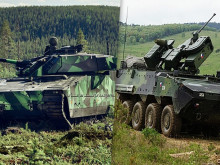 The Defence Committee discussed the Public Procurement Act, the acquisition of tracked IFVs and the modernisation of Pandurs 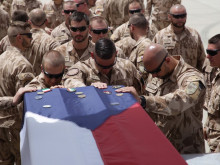 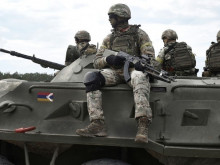