On 2nd August the Doupov Mountains became a seven-day base for 46 members of the 4th Airborne Company of the Active Reserve Forces of the 43rd Airborne Battalion from Chrudim. That time, the exercise was focused on combat firing of squads, aeromobile operations as well as on day and night live-firing. 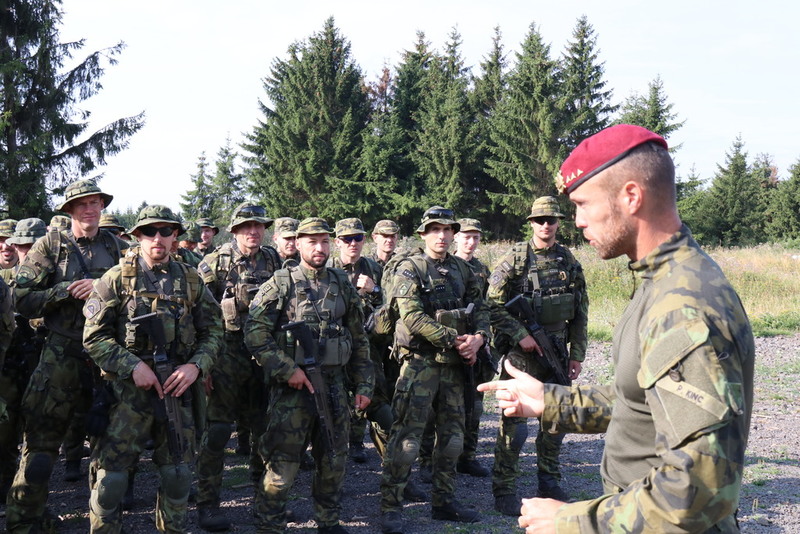 Picture: 46 members of the 4th Airborne Company of the Active Reserve Forces of the 43rd Airborne Battalion in Chrudim participated in the complex exercise in Doupov Mountains  | Jana Deckerová, army.cz

It has been already third exercise for the members of the 4th Airborne Company of the Active Reserve Forces of the Chrudim parachutists.  Its main target was, first of all, preparation of combat firing of squads. The members of the Active Reserve Forces, however, also had a possibility to try an aeromobile operation, which belongs to the most effective within airborne units. It is necessary to realize that landing from helicopters is just a start of the combat mission for the parachutists, and its fulfilment depends on cooperation of the whole unit. 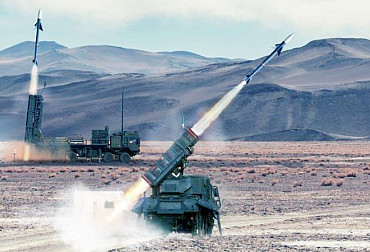 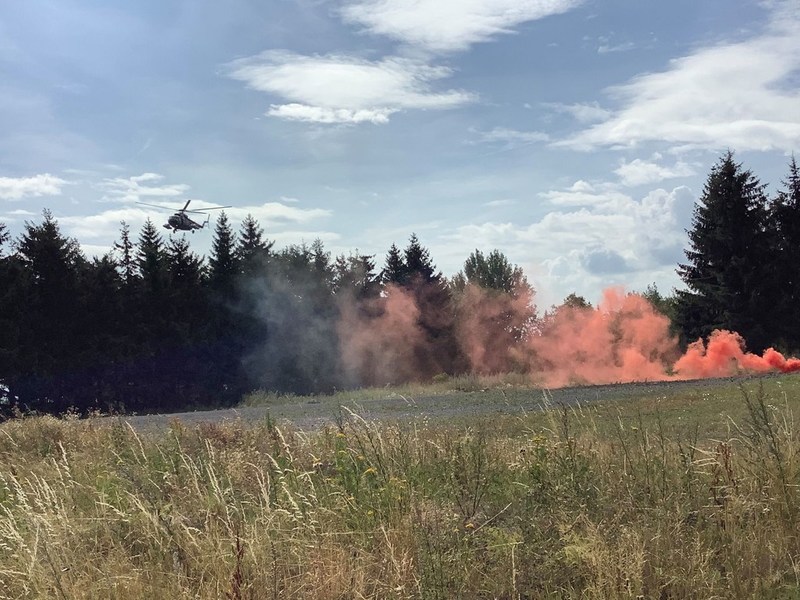 Picture: Determination of a landing place for the helicopter with help of a candle  | Corporal Jakub Školník, army.cz

Live-firing, landing from helicopters and snares

“To go beyond the drill of combat firing within the exercise, we’ve also prepared tactic part for them – this time it was landing from helicopter to a terrain with consequential displacement. “They spent a night outdoor and their task was to prepare a snare, which later was realized in the morning,” says Head of the preparation group of the Active Reserve Forces of the 43rd Airborne Battalion, First-Lieutenant Pavel Kinc. Three recruits took part in the exercise as well. They were incorporated into squads among reservists who have already done several exercises. Thanks to handing-over own experience, they can help the recruits to integrate quicker into the unit. 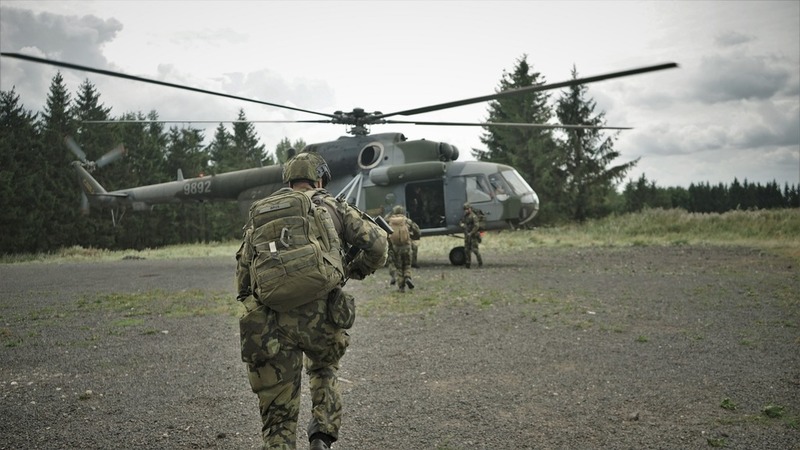 Picture: After the helicopter landed, it is necessary to get into the flight deck as fast as possible | Corporal  Jakub Školník, army.cz

No exercise can be without tactical training, firing or combat drilling. And all of this is combined to ensure complex exercise. Airborne reserve forces passed day and night live-firing this week. And for many of them it was absolutely first time when they could test night-vision goggles. 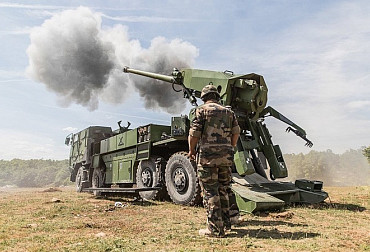 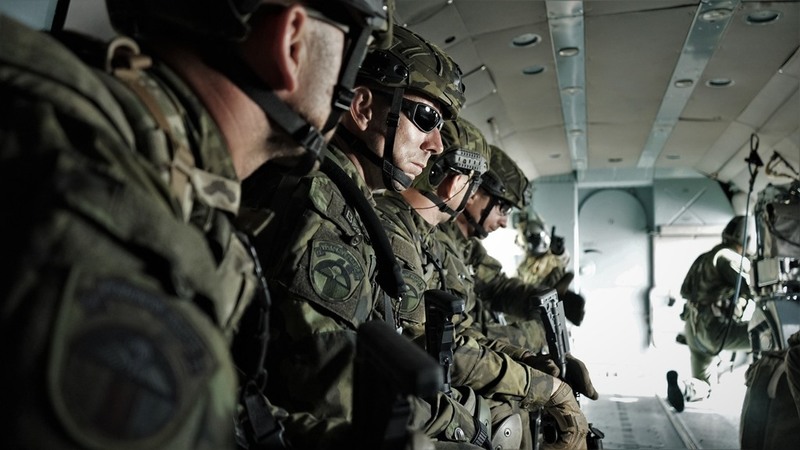 “We always prepare exercises so that they are demanding both from physical and psychical standpoints,” informed First Lieutenant Kinc. “The aim is to bring them closer to the reality of combat situation. It is, first of all, to limit sleep, keep the unit in tension that a new combat command can be given at any time.” 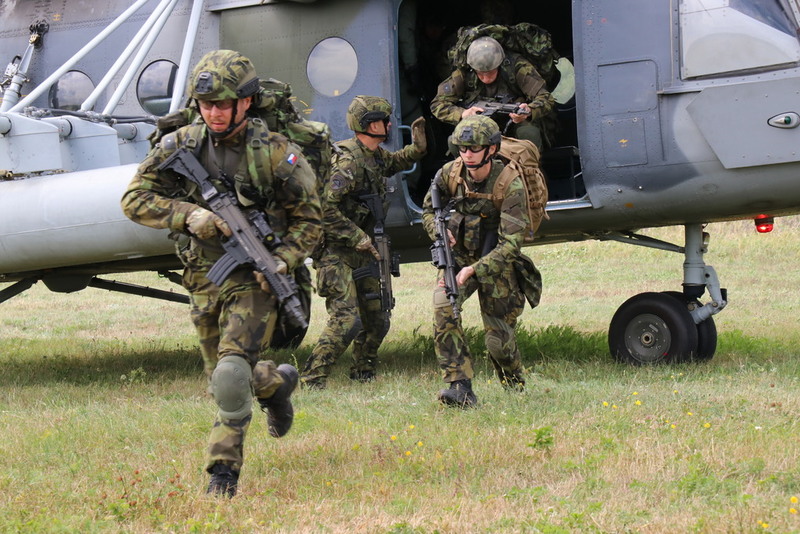 Picture: The speed of landing enables the helicopter crew to leave the deck as fast as possible | Jana Deckerová, army.cz

Each bigger action is followed by evaluation of instructors of the 43rd Airborne Battalion, who are part of each squad throughout the exercise. The evaluation is also proceeded in the field where the mission is fulfilled, while all is still fresh in the memory and everybody can retroactively realize his/her own mistakes. Every day is finished by a meeting, where prior activities are evaluated and preparation to the next day is carried out. 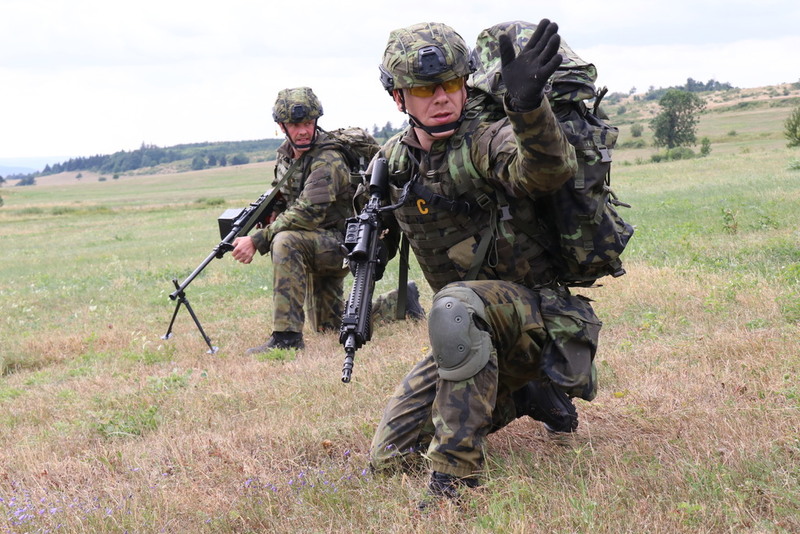 Picture: After landing, the unit has to hang out as fast as possible into a cover and prepare to the next performance of tasks | Jana Deckerová, army.cz

“I can imagine absolutely really commitment of this unit to the professionals within the 43rd Airborne Battalion. Some reservists, who are here from 2017, when this unit was founded, already have a basic set of knowledge, which should be enough for the integration of the airborne reserve force unit into a professional unit and for the use of it within some exercises of the Chrudim 43rd Airborne Battalion,” adds First Lieutenant Pavel Kinc. 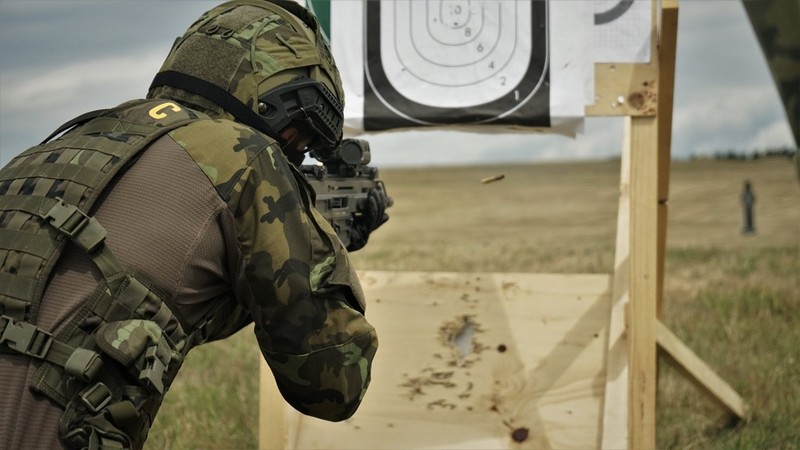 Picture: Beside others, the exercise includes firing of squads and firearms training of individuals | Corporal  Jakub Školník, army.cz

Another exercise is waiting for the members of the 4th Airborne Company of the Active Reserve Forces. A landing training is also planned for those who passed it earlier and would like to repeat it again after a year. It would complete one airborne platoon, and the unit would have twenty-five members of the airborne reserve forces. 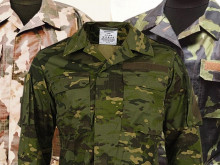 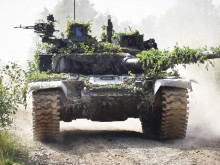 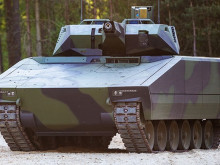