Although the 43rd Airborne Regiment was established on October 1, 2020, ie more than half a year ago, due to the pandemic situation, it was not possible until now to carry out training in larger units and not a full-fledged field deployment of the unit as a whole. Instead, almost immediately after the ceremonial parade on the occasion of the formation of the regiment, the deployment to covid departements of anesteziology and intensive care in hospitals throughout the country awaited the paratroopers, in the management of the third and then the fourth wave of COVID-19. The current field exercise of the regiment, which takes place between June 7 and 18, is the first opportunity, albeit still under certain restrictions, to begin tactical activities at the level of higher units.

The exercise had several goals. The training goal of the staff was to carry out staff training of the regiment staff on a tactical topic and to practice the planning and decision-making process within the new structure of the staff. Unit goals varied depending on the type of unit. While the main training goal of the Medical Detachment was the full development of the workplace in the field and verification of all procedures for receiving and treating the wounded and sick, the regiment's combat units usually had more goals. From long-range shooting, through testing the basic platoon tactical procedures, to a comprehensive job in self-preservation procedures in the rear of the enemy. 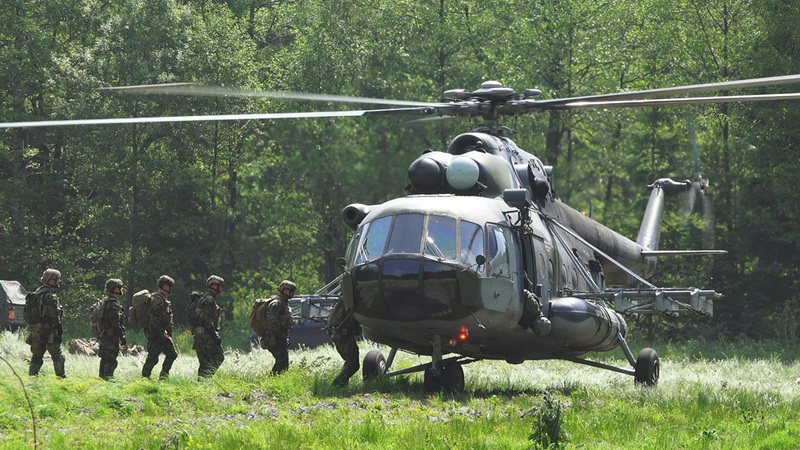 Jelikož se jedná o cvičení výsadkového pluku, stranou nemohla zůstat výsadková příprava. Zatímco první týden byl ve As this is an exercise of an airborne regiment, airborne training could not be left out. While the first week was marked by practicing fast rope abseiling procedures from Mi-171Š helicopters to various environments, especially to the Bílek garrison training ground, the second week was dedicated to parachute landings. After the training parachute from the helicopter, it was time for tactical jumps, including the deployment of material on NPS-85 cargo parachute sets. It was extraordinary that these were the very first jumps from the C-295MW CASA aircraft newly introduced into the Air Force of the Army of the Czech Republic.

Overall, despite the restrictions still in force, the exercise has met its objectives. It examined the current state of training of staff and units, increased capabilities in selected areas and prepared the ground for more difficult activities in the autumn training period. 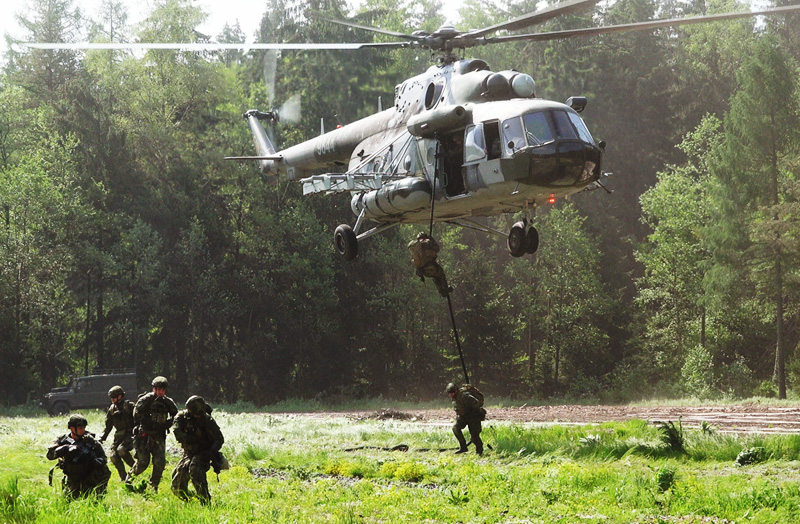 Picture: Overall, it can be said that despite the still valid restrictions, the exercise met its objectives | Jan Juřica / CZ Defense / CC BY NC-ND

As part of the above exercise, our editorial staff was present at the practice of Fast Rope abseiling procedures from Mi-171Š helicopters at the Bílek garrison training ground. In this regard, we asked the deputy commander of the Regiment, Lt. Col. Iva Zelinka, a few questions about just fast rope abseiling. 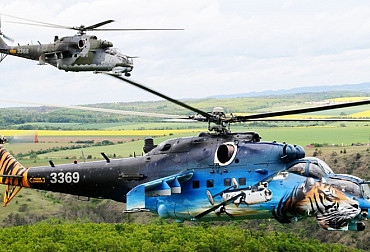 Is the use of Fast Rope new in the Czech Army?

The use of Fast Rope is not new either for paratroopers or in the Czech Army as such. However, after humble beginnings, when the use of this technique was reserved for a relatively small group (snipers and scouts of the 43rd Airborne Battalion started with this capability), it spread to a much larger number of users. For several years now, this method of landing has been used by all paratroopers in Chrudim, regardless of their functional classification.

When and where exactly is this type of landing used?

This landing method is used in those cases where a helicopter landing is used, but due to the configuration of the terrain or the nature of the task, it is not possible to perform a landing on the ground. In reality, therefore, it is a deployment in a low forest undergrowth, between or on buildings, or in mountainous terrain. The only limitation is the length of the rope, which is more restrictive than with a classic climbing rope, as well as the maximum additional weight of the paratrooper. It is therefore not possible to abseil with really heavy loads in this way, as all braking is performed by the paratrooper by rubbing (hands, body and feet) against the rope without any braking aids. However, this is also a tactical advantage, as it is subsequently not necessary to disengage complicatedly from the braking aids after reaching the ground. It is therefore possible to start the activity immediately without the slightest delay.

How much time does a member of the Airborne Regiment spend on preliminary training before he is ready to land from a helicopter?

Before the first real abseiling from the helicopter, the paratrooper must complete a several-day Fast Rope course. It starts with methodical training of technique from small heights. These gradually increase, while at the same time the difficulty increases by adding a load in the form of a weapon and a backpack, while the methodological part ends with abseiling at night. The following are practical exercises from a flying helicopter - also by analogy with increasing difficulty.

How often do you train the Fast Rope ability?

Abseiling, whether classic or fast rope, is a common part of airborne operations, which we as paratroopers have several times a month. It is also used in the training of complex activities of units, especially at our Bílek garrison training ground. Recently, at the 43rd Airborne Regimentyou can see gradual replacement of the classic abseiling on a static climbing rope from a helicopter in favor of just fast rope abseiling, mainly due to significant time savings and greater tactical usability. However, classic abseiling will still find application in situations where fast rope abseiling would not be enough - for example in a mature forest or with heavy loads. 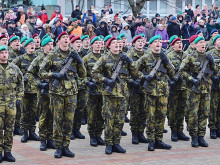 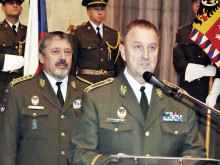 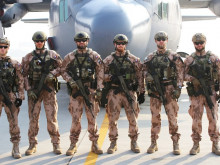 Our unit ‘Guardian Angels’ comes back from Afghanistan