Threats in the Middle East: An interview with an expert on the cultural aspects of security

Security is a complex phenomenon, which does not rely only on hard power and measures like military strength, weapons, and strategic thinking. Security also includes social and cultural aspects that are very important in understanding different security environments in other parts of the world. However, this aspect of security is often neglected, and it can affect the particular conflict in different ways. The role of cultural understanding in security management will be discussed with Ibrahim Guirguis, an expert from Transition Security Academy, who is a Dutch citizen, lives in Slovakia, has roots in the Middle East, and through courses, he tries to share his experience from security-related issues. 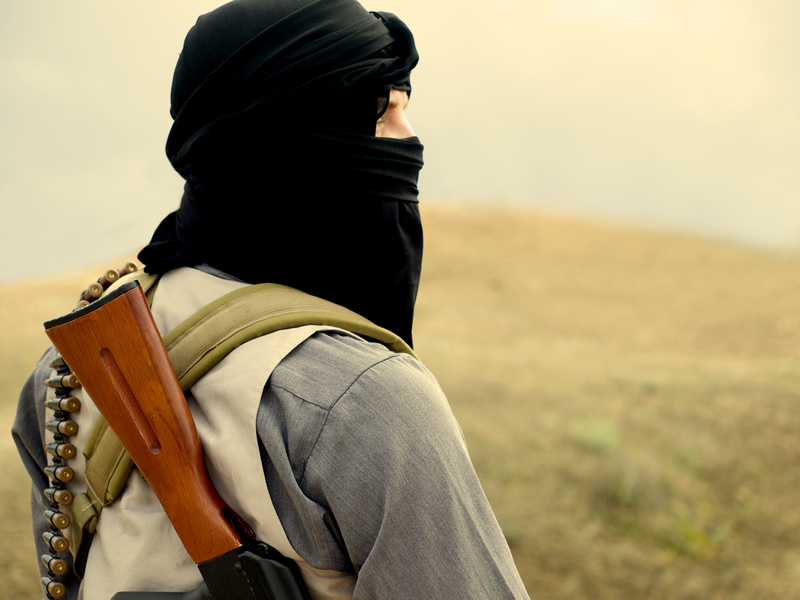 Picture: Different cultures around the world have different norms and behavioural patterns that are part of communication. If we can communicate effectively, we can peacefully end the conflict. I always ask myself a question "Why is always the Middle East in the heat of conflict?" (illustrative photo) | Shutterstock

Can you tell us the main factor influencing and motivating you to work in the security field?

It is hard to point out just one main factor, but I can highlight two aspects. The first was the sense of responsibility. As a former soldier, I have that sense towards my country and towards other human beings also. Many former soldiers are usually trying to get out of military life and do ordinary jobs. That was not my case. When you are an active soldier, your country counts on you to protect the borders and the people. It is similar when talking about security agents. They are also responsible for the lives of their client or a civilian in general, and their duty is to put themselves between the civilians and a threat. Every person can get into the situation when he or she is being threatened by someone who is stronger and who is ready to hurt him or her. I experienced this in my life as a witness and also as a person. On the one hand, I feel responsible as an instructor for discussing the potential threats and their consequences.  On the other hand, there is a position of myself as a security agent. If you want to teach something, you have to experience it. I feel satisfied and happy when I can, let's say, commit justice between human beings. It is a pleasure and honour for me to stop and prove to an aggressor or a violent person that his behaviour is wrong. I am happy when I can give the victim a good image. The second reason was safety. Every person deserves to feel safe. It is some kind of duty or a commitment of every person to offer what we can to support and improve homeland security. As I already mentioned, I experienced violence in my life, and I spread awareness about it. Imagine that every person will have the feeling of responsibility towards the security of his home country. How safe will the state be? It does not matter where you live or where you are born. What matters is how much you care about security, safety and how much you feel responsible for a secure environment. If everyone is thinking this way, we will live in heaven. 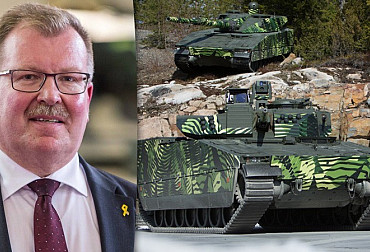 Within your activities, you are focusing, among others, on the understanding of Middle Eastern culture. Can you please explain what role does cultural understanding play in conflict resolution and conflict management?

Different cultures around the world have different norms and behavioural patterns that are part of communication. If we can communicate effectively, we can peacefully end the conflict. I always ask myself a question "Why is always the Middle East in the heat of conflict?" Is it because of its character, or is it a protective mechanism against the West? Is war action or reaction? Why are armies sending their soldiers to the Middle East? Is it just for training and testing soldiers' abilities, or they want to learn something about the culture of their enemy in the Middle East to end the conflict in peace? Why the wars never stop? Here comes the role of culture. Suppose we want to end a conflict in peace. In that case, it is necessary to learn about and understand other cultures because culture is shaping our life values. These values are specific for identities that differ from one another. Culture highlights, what can be defined as usual and unusual, what is common and uncommon. The culture can also make us more successful in understanding what is behind the phrase “it is normal for our culture”.

Can you name some of the main characteristics of Middle Eastern cultural thinking and behavioural patterns?

It is tough to choose the main ones because they can be influenced by many factors, such as the level and type of education an individual receives. But one of the main features can be the image of a man. If someone wants to be called a man in the Middle East, he must have four attributes that differentiate him from ordinary males. Man must be fearless, painless, respected, feared, among others, and he must not cry. These attributes can also lead a man to become dangerous and violent. Middle Eastern people also believe more in a person, not in institutions. Every insult towards a person is taken personal, no matter how it was meant and expressed. 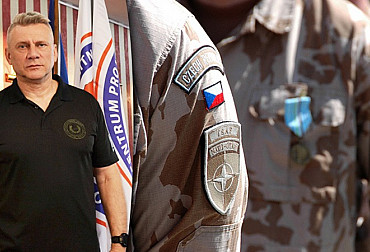 We wrote:Soldiers have a hard time coping with life in the civilian world, but it works, the director of the center for veterans believes

How can state security structures benefit from the knowledge about different cultures and behavioural patterns?

First, they will learn how to identify main patterns, such as where to look and what to look for. An example can be a bustling town with multiple entries and exits, where tunnels and chambers can be drilled from a house to different, forgotten places, such as in the forest. The same hidden structure is built a few hundred meters away, where the tunnels end inside a shop or a cemetery. Forces with some good cultural knowledge will be able to catch the beginning of the whole complex and scheme because each place is preferred based on culture orientation in the first place. The Egyptian government is intensively putting a considerable effort to end the roots of terror. Still, the struggles start when you live in a country where cultures are similar to each other and to filter the good from the bad without causing harm to innocent civilians is a nightmare. Here in Eastern Europe, the differences are still visible, and any unusual activity can be identified easier than in the Middle East.

From your personal experience, how would you evaluate the level of different cultural understanding among Europeans?

We can see differences between the people in the European Union in the level of education, aims and goals, self-understanding, languages, races, values, or environments. The distinction between European and Middle Eastern cultural and behavioural patterns is much more significant. Those are two different worlds, where the first focus on improving the quality of life and the latter is about survival. The first world is peaceful and lovely, and in the second world, people are more concerned about the afterlife. The differences are enormous. Besides mentioned differences, hosts and foreigners have to face communication barriers or social isolation.

Do you think that the cultural aspect is often neglected when examining potential threats from the Middle East?

In general, I will say that "If you do not know how I think, how will you work on your countermeasures?" It works the same for the Middle East and many people coming from this region. One of the examples is a refugee camp. The security guard in a refugee camp might not be able to identify the aggressor, or the opposite situation can happen, that the guard underestimates the silent provocateur. Another example where we can see differences in cultures is a female cashier. In Europe, when a female cashier is smiling at customers, it is connected with the customers' services. Suppose a female cashier is smiling at somebody in the Middle East. In that case, it is a sign of personal acceptance or liking somebody, and this person then expects something more from the cashier, such as a phone number. I want to say that when having knowledge about cultures, we can decode the information from non-verbal communication.

You are now living in Slovakia. Were there any specific reasons why you choose Slovakia?

I am a Dutch citizen with Middle Eastern roots. However, with all the respect towards the Netherlands, I respect this country a lot; the almost constant rain is not my cup of tea. The Slovak lifestyle, Slovak kitchen, hiking and walking in the mountains fit me more, and I like it. The most important reason why I am staying in Slovakia is that I am married here.

Was it difficult for you to adapt to a new lifestyle and new cultural thinking?

Yes, it was not easy. I have problems with the language and communication barrier. Without my wife, I cannot do many things and help myself. Since most people in Slovakia do not, or hesitate, to speak in English, it is tough to call and arrange an appointment at the doctor, call mechanic, civil offices, or help myself at the post office. Also, I see cultural difference and barriers because I do not drink beer, for example. I am more of a wine guy, and when I am hanging out with my friends, they tend to speak Slovak when the alcohol level rises. There is also not much sun here, and I am missing vitamin D. The climate also influences my performance, concentration, and psychological status. Sometimes I feel a bit lonely, but on the other hand, I will be a foreigner in every country so why do not stay here and make things better.

As you live in Slovakia, can you evaluate the awareness of Slovakia regarding cultural patterns and security?

The awareness is very ordinary, I will say. Since there was not a real threat before, the countermeasures are only in theory at the moment. Yes, some specialists might go to the Middle East for training and learn about the culture, but what about those potential radicals born here? They lost the patterns but are still bonded by one mission, and that is why we have to be aware. 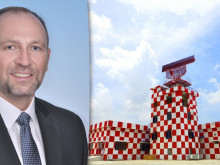 In business and at war, the winner is the one who gains and maintains technological superiority, says Professor Bohuslav Přikryl, CSG Aerospace's Vice President for Research, Development and Innovation 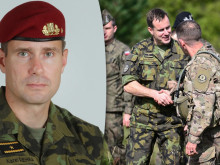 Karel Řehka: Service in the Army Has Given Me a Lot of Experience 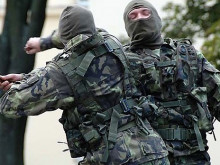