This year's CZECH LION 2021 command and staff exercise tested in particular the ability of the commander and staff of the 7th Brigade Task Force to command subordinate units, to jointly plan and manage combat, and to react flexibly to developments on the battlefield. The exercise took place at the Libavá Military Area and the Centre for Simulation and Simulator Technologies (CSTT) in Brno from 13 to 24 September 2021.

The exercise was attended by 1,200 soldiers with 250 pieces of equipment, mainly from the 7th Brigade Task Force and the Headquarters of the Land Forces of the Czech Armed Forces. The aim of the exercise was to test the ability of staffs and units to effectively plan and conduct combat operations in an international environment within the framework of NATO collective defence. The exercise also allowed the staffs to improve their planning and management of operations on the territory of the Czech Republic during the declaration of a state of national emergency or a state of war. 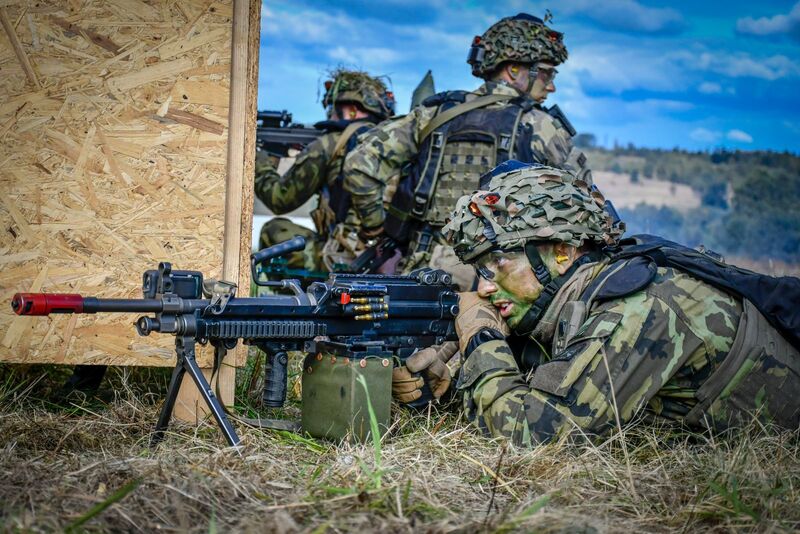 Picture: The exercise was attended by 1,200 soldiers with 250 pieces of equipment, mainly from the 7th Brigade Task Force and the Headquarters of the Land Forces of the Czech Armed Forces. | Ministry of Defence of the Czech Republic

The construction of the individual command posts began as early as 6 September, when the communications equipment on wheeled and tracked chassis headed to the selected premises, the necessary material was brought in and the construction of individual parts, including the internal equipment of the workplaces, began according to detailed schemes. 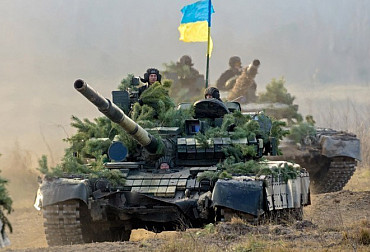 We wrote:Tomáš Pojar: The war in Ukraine is comparable in significance to the fall of the Berlin Wall

The most important work took place in the tents under the camouflage nets. Here, current information from the area of operations was continuously gathered and evaluated, and future developments and likely enemy actions were estimated. Decisions were also made about the actual operation or management of one's own forces. 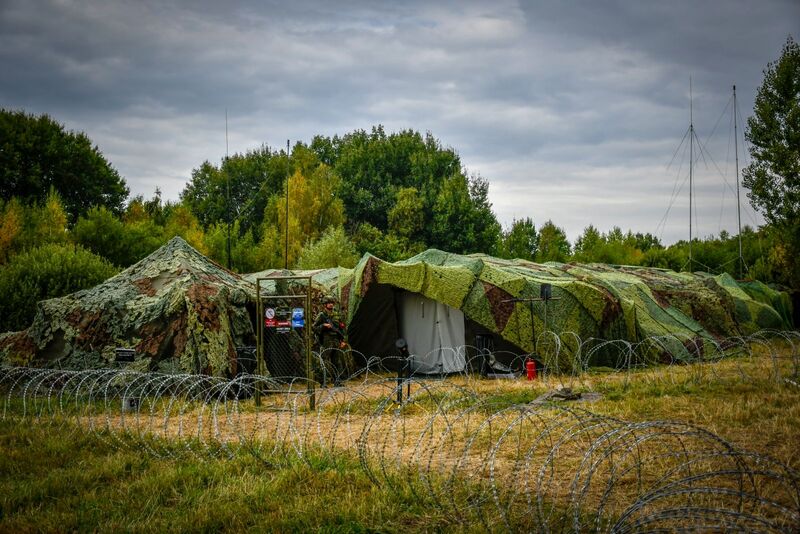 Picture: The most important part took place in tents under camouflage nets. | Ministry of Defence of the Czech Republic

Within the CZECH LION 2021 exercise, full use was made of computer support and simulations provided by the Centre for Simulation and Simulator Technologies Brno. It has at its disposal a standardised NATO application, enabling the creation of a true virtual reality of the battlefield, in which commanders and staffs can manage defensive and offensive operations in a truly comprehensive manner in a coalition context. 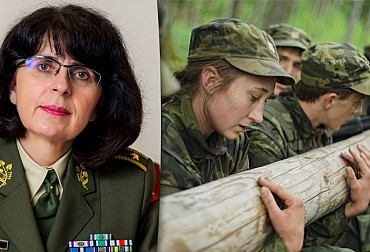 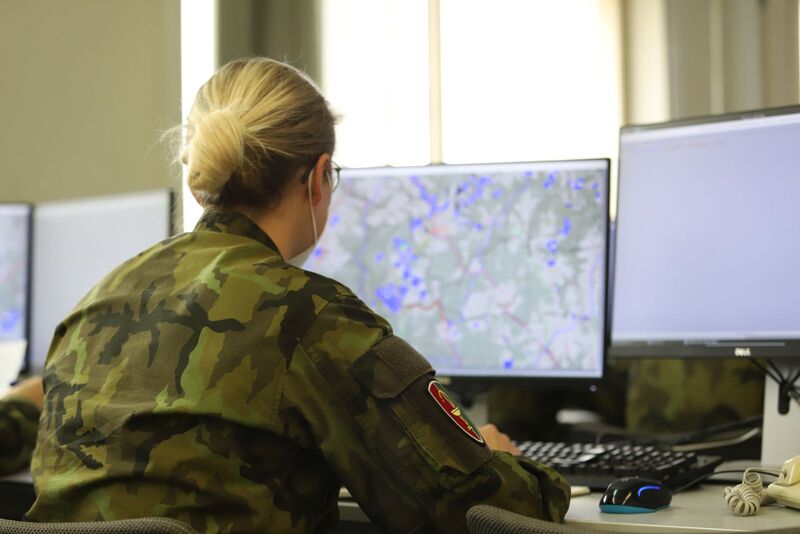 Picture: The CZECH LION 2021 exercise made full use of computer support and simulations provided by the Centre for Simulation and Simulator Technologies Brno. | Ministry of Defence of the Czech Republic

In connection with the recent CZECH LION 2021 exercise, we asked the exercise director and commander of the Czech Armed Forces Land Forces, General Ladislav Jung, a few questions: 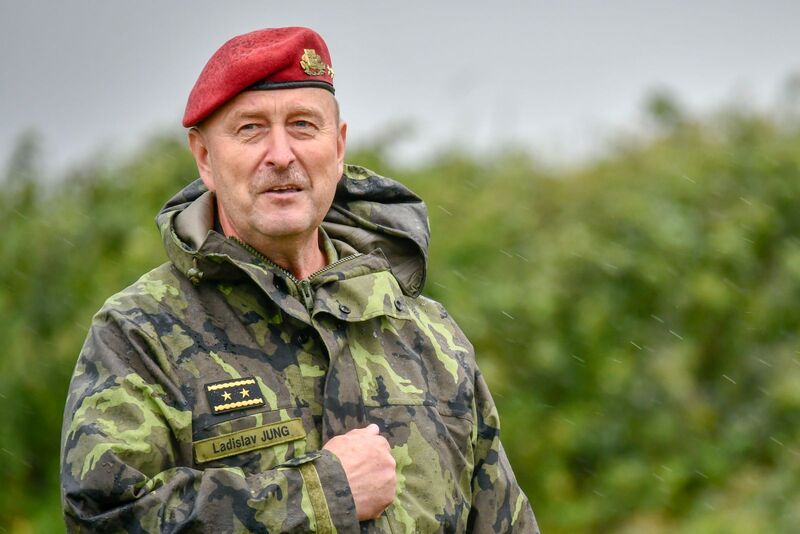 The Land Forces exercised on this scale for the first time in a long time. Was the absence of the exercise in any way noticeable for the soldiers themselves or in the communication with the staff?

The CZECH LION exercise was indeed the largest training activity carried out by the Land Forces in the last two years. Last year, our capabilities were significantly limited by the applicable sanitary-epidemiological regulations, plus we were heavily deployed to medical and other facilities in dealing with the pandemic, and troop training was thus limited to maintaining basic capabilities.

Add to this the fact that both the mechanized brigade and our headquarters had personnel changes in many staff positions. In particular, the Land Forces Command has grown in numbers since 2020, and many of our new members have been placed in a situation where they are directly involved in planning and managing operations for the first time in the exercise.

However, we have taken this into account and adapted the exercise preparation to this. We started taking the first steps a year ago, we started preparing individual standard operating procedures and we started the initial staff alignment as part of the staff drills.

How was the daily coordination and evaluation conducted?

Within the exercise itself, several standardised meetings were held daily via video-teleconference, linking the command locations at Bores, Smilov and the Simulation Technology Centre in Brno. Every morning, the commander of the 7th Brigade Task Force provided me with essential information from the so-called real life, i.e. the current numbers of soldiers, weapons and equipment, any major events over the past 24 hours, etc.

In the afternoon or evening, two more briefings were held, specifying the current situation on the battlefield, ongoing and planned operations or the schedule of incidents that will be played out in the next day's simulation. The afternoon briefing also included a presentation by the Judge Advocate Team Leader summarizing the findings to date and an assessment of the training objectives.

Is it possible to compare the staff coordination and communication methods within the CZECH LION exercise with what we know from foreign missions?

The exercise was thematically played out as a so-called "grand war" within the framework of collective defence according to Article 5 of the Washington Treaty, and therefore all coordination and communication took place according to NATO standard operating procedures, which are for obvious reasons unified within all armies of the North Atlantic Alliance. The use of English as the standard tactical language was also a matter of course.

First of all, the CZECH LION exercise was primarily a command and staff exercise with computer support. From a technical point of view, it was therefore essential to develop the individual command posts and the ability to interconnect them, including the inputs and outputs of the simulation from CSTT Brno. This was done successfully and worked perfectly throughout the exercise.

The aim of the exercise was to train the "brains" planning and controlling operations in a high-intensity conflict environment, not to show "muscle" in the form of hundreds of combat vehicles and dozens of tanks. Most of the exercise consisted of simulation and staff work, which was taken into account during planning and preparation. To this end, both the Land Forces Command and the 7th Mechanized Brigade held several staff drills, serving to bring the various staffs into alignment and to refresh their members on the processes of planning and managing operations.

We also asked the commander of the 7th Mechanised Brigade, General Petr Svoboda: 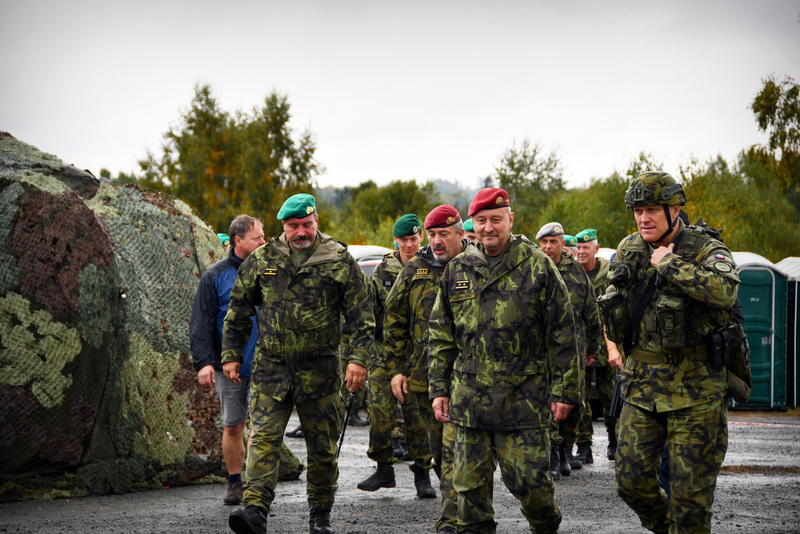 General, the CZECH LION exercise was primarily aimed at improving the ability of the 7th Brigade Task Force command and staff to plan and manage operations in an allied environment. From your point of view, was this objective achieved, are you satisfied with the work done by your staff?

Although we have changed all the department chiefs and a lot of staff personnel in the past year, which is normal in the life of a military staff, I must say that I am satisfied. This was due to previous training and cooperation with MND in Elblag. However, what is the most important ingredient to a mastered certification exercise is the willingness to work at full throttle and the open minds of my subordinates, which we have been working on here for quite some time. No one at the Brigade Task Force command level is going to get ahead with just a "yes sir..." answer anymore.

What has been the biggest challenge for the brigade in preparing for or actually conducting the exercise?

Configuring and integrating into the command and control system all the assets that came back from our upgrade prior to the exercise. Here it was mainly the mobile access sites (MPP 40 and MPP 100) whose equipment was upgraded to meet new requirements and trends (more than doubling the data flow). 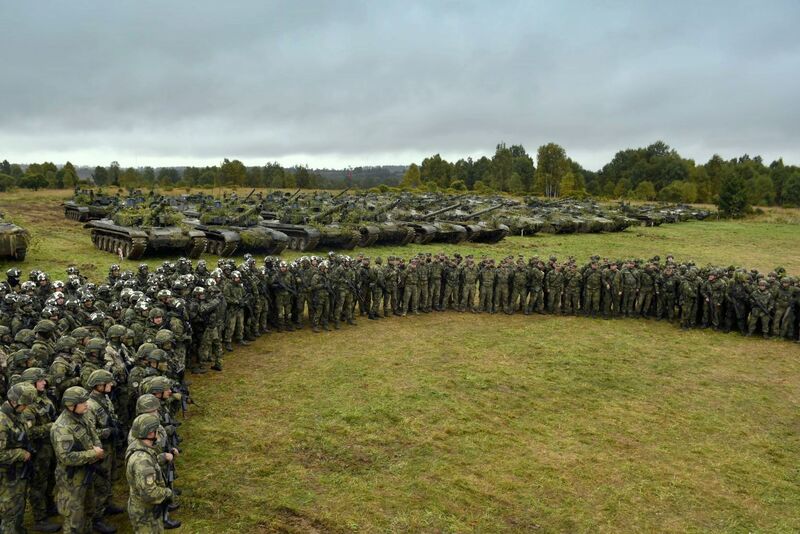 Picture: Final entry during the CZECH LION 2021 exercise | Ministry of Defence of the Czech Republic 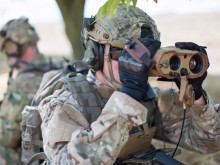 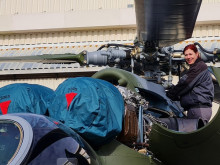 Even a woman can be an aircraft mechanic 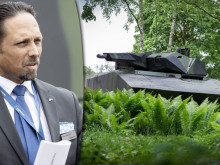