Why Slovakia should not Forget about Drones Defence

Over the last few years, unmanned aerial vehicles have been increasingly used for a wide range of combat operations. Drones are used in the military for reconnaissance and gathering data on the area of interest (IMINT - Imaginery Intelligence) or for monitoring certain areas, which are for example hard to reach. In addition, drones are a popular technology in the civilian sector and are used, for example, for filming videos, geodesy, etc. There are several examples of uses, so it is important to think about how to deal with this new phenomenon if it is used for illegal or military purposes. 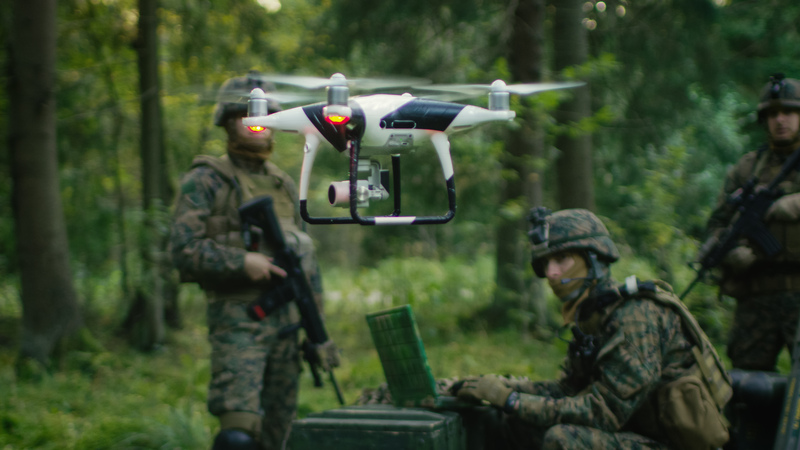 Picture: Over the last few years, unmanned aerial vehicles have been increasingly used for a wide range of combat operations. (illustration photo) | Shutterstock

Modern military technologies are an integral part of the development of army capabilities. Such technologies can also include drones, which are also referred to as remote-controlled/piloted systems or unmanned aerial vehicles. Drones are beneficial for the military in many areas, mainly due to their capabilities primarily in the field of ISTAR – Intelligence, Surveillance, Target Acquisition, Reconnaissance. The advantages of drones include, of course, the ability to conduct reconnaissance and monitor areas that are dangerous for the crew of manned aircraft or are very difficult to access. Drones are usually less financially demanding to acquire and operate than conventional manned machines. Some drones, under the abbreviation UCAV, are also capable of conducting offensive operations. The use of drones as effective means in combat has also been shown in the recent conflict in Nagorno-Karabakh. It is the use of drones and unmanned aerial vehicles of various types and sizes for offensive operations that can be not only an advantage for states, but also a source of possible danger. Events from the relatively recent past show that drones can be very effective under certain conditions, and defence against them is often insufficient. They can be all the more dangerous if they are used by terrorist groups that can turn even a civilian drone into an offensive tool. 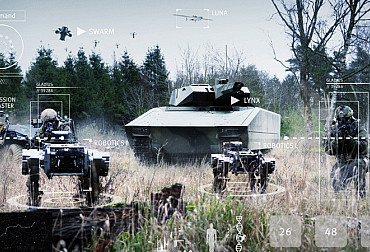 In October 2016, the ISIS terrorist group managed to launch the first successful drone attack. The attack took place in northern Iraq around the city of Irbil, where the French and Kurdish Peshmerga troops had their positions. Two members of Kurdish troops were killed in this attack by a drone armed with explosives, and two French soldiers were wounded. Another successful ISIS attack was carried out in October 2017 on ammunition depots of the Syrian army at the Deir ez-Zor stadium. In this case, with the help of a drone, the terrorists dropped improvised explosive devices into the stadium, thanks to which they managed to destroy the ammunition stockpile. ISIS used modified quadcopters to carry out these and other attacks, to which it was possible to attach mortar shells and other types of explosives and drop them on the target.

The September 2019 attack on the Abkajk and Churajs oil fields in eastern Saudi Arabia also deserved quite significant attention. According to available information, drones and cruise missiles were used for the attack. The most interesting thing about this is that the Abkajk oil facilities use the Shanine short-range air defence system and the US MIM-104 Patriot system to protect them. In response to the attack, Saudi Arabia immediately began developing a new national anti-drone system. The question here is whether expensive air defence systems are even effective enough against relatively cheap means such as drones. According to John Rood, a former deputy of the US Department of Defence Policy, new asymmetric threats, including drones, are a problem for NATO, which is not prepared for this type of attack.

Another, relatively new way of using drones for attacks are the so-called “drone swarms”. “Drone swarms” can be described as a group of several unmanned platforms that are deployed to achieve a common goal, while being able to change their behaviour through mutual communication using real-time information. The perks of these “swarms” are that they can identify different types of dangers and inform other drones in the swarm. Thus, “swarms” can avoid the discovered danger together, or, in the case of armed drones, they can attack the target. However, the technology of swarm drones also brings some problems. One of them is, for example, their weakness in confrontation with electronic warfare systems, where communication between drones may be disrupted or the enemy may send false signals to drones. Some experts believe that “drone swarms” can affect CBRN (weapons of mass destruction) in both positive and negative ways. From the opposite point of view, i.e. from the point of view of the defending party, “swarms of drones” may pose a threat against which existing defence systems are not effective. The use of these swarms could be seen, for example, in the attack on the Khmeimim air base used by the Russian Air Force and the Tartus naval base in Syria. According to the Russian Ministry of Defence, the attack was not successful, but it showed that this type of technology could pose a real danger.

The Slovak Army deals with the topic of drones in strategic documents more or less only generally. The White Paper on the Defence of the Slovak Republic 2016 reads about the replacement and modernization of unmanned aerial vehicles, which are intended for imagery intelligence (IMINT), and the procurement of tactical unmanned aerial vehicles. The Slovak army already uses some drones, for example, Israeli-made Micro Falcon drones or Skylark drones from the Israeli company Elbit, which are in the arsenal of the 5th Special Purpose Regiment in Žilina. In December last year, the Ministry of Defence of the Slovak Republic admitted interest in combat drones similar to those seen in the recent conflict in Nagorno-Karabakh. Private Slovak companies are also interested in the development of drones for the army. For example, there is already an offensive drone of Slovak production Predator AX-2.  However, when talking about drones or unmanned aerial vehicles in general, the issues with defence against them are not often mentioned. For larger drones, such as the Iranian Shahed 129 combat drone or the Turkish Bayraktar TB2 combat drone, standard medium-range air defence systems can be used to destroy them. However, the effectiveness of conventional air defence systems against swarms of smaller drones and small-sized drones is highly questionable, especially after the drone attack in Saudi Arabia in September 2019. This is another reason for the Slovak army to think about how to defend itself against this type of threat. 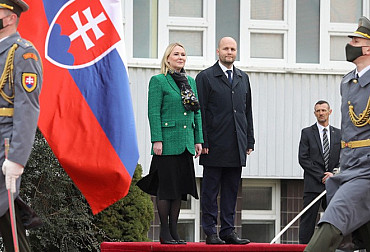 One of the interesting solutions may be the THOR system, which was developed by the US Air Force Research Laboratory (AFRL). It is an electromagnetic laser system that was designed to protect air bases from swarm attacks.  The system is based on the use of high-power microwaves. The system itself is stored in a container about 6 meters long, so it is easily transportable by C-130 aircraft and draws the energy it uses to destroy drones from conventional electrical outlets.  According to available information, this system was tested in real conditions in Africa last December.  Another interesting solution in the fight against drones is the MC-Horizon 360D V3 system from the Israeli manufacturer MCTECH RF Technologies. It is a system based on the disruption of communication channels of target drones, which prevents their penetration into the vicinity of strategic facilities, military bases, places with a high concentration of people or VIPs. The MC-Horizon 360D V3 system can detect the presence of drones by analysing signal channels and radio transmission. Once the drone is detected, a neutralization mechanism is triggered that can deactivate the drone. According to the manufacturer, the system can also be integrated into vehicles and vessels and also provide protection against moving drones. In the case of protection against swarms of drones, strengthening electronic warfare systems also seems to be an effective solution. It is generally known that these swarms are sensitive to the activity of electronic warfare devices. The reason is that swarms are dependent on mutual communication and if the communication channels are disrupted, the functioning of the swarm is disrupted. Some experts believe that with the growing number of electronic warfare systems in military armaments, the effectiveness of advanced unmanned aerial vehicles, such as larger drones (e.g. the Global Hawk drone), could be reduced.

There are several cases where drones pose a direct danger. The above cases are only a fraction, but even from them it can be deduced that when talking about the introduction of modern technology into armaments, it is necessary to keep in mind that the adversary may also have such resources. That is why defence must not be forgotten. As the effectiveness of conventional air defence systems against drones is debatable, it is good to consider more effective protection options. This also applies to Slovakia, and thus there should be an expert discussion on the topic of defence against drones. The examples of drone defence systems described above can serve as ideas for new, innovative and more efficient solutions. Slovak defence industry companies dealing with drone technologies have expressed their willingness to cooperate with the Slovak army in this area and similar systems, such as the THOR system, could be developed in Slovakia, or Slovakia could come up with a new, own solution. The most important thing is that the defence against unmanned aerial vehicles is not neglected. Quittner & Schimek: A well-established supplier of wire harnesses for Defence and Aerospace Market